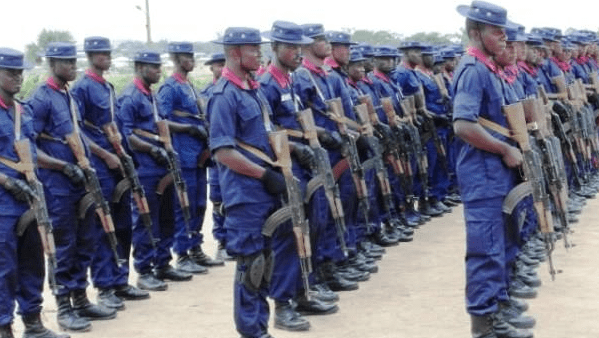 The Nigeria Security and Civil Defense Corps, NSCDC, has deployed 20,000 personnel to provide security for the November 6 governor’s election in Anambra.

Those who will be deployed include personnel from the NSCDC Weapons Squad Unit, Counterterrorism Unit, and Chemical, Biological, Radiological and Explosives Unit.

NSCDC Commander General Dr Ahmed Audi said this Thursday in Abuja during a keynote address at a three-day training of trainers electoral and capacity building workshop ahead of the Anambra poll.

Audi said special forces would be deployed to key areas of the state where they would have the responsibility to protect lives and property.

“They will also ensure the protection of sensitive and non-sensitive electoral material, INEC officials and all essential assets against vandalism, damage or arson,” he said.

He said the NSCDC, in collaboration with other security agencies, had developed strategies to curb any acts of electoral violence and other harmful activities that could undermine the electoral process.

The commanding general added that the deployed personnel would provide effective oversight before, during and after the election.

Audi also said staff will be recruited from NSCDC commands in all states in the South-South and South-East zones.

“In addition, staff from Kogi, Ekiti, Ondo and Benue have been put on hold, in case any reinforcements are needed,” he said.

The boss of the NSCDC warned officers to strictly adhere to the ethics of the corps and to obey the law in the performance of their duties.

“Let me warn, and I sincerely believe so, that any conduct by an NSCDC officer that undermines the rule of law will be seriously dealt with, in accordance with civil service rule,” he said. he adds.