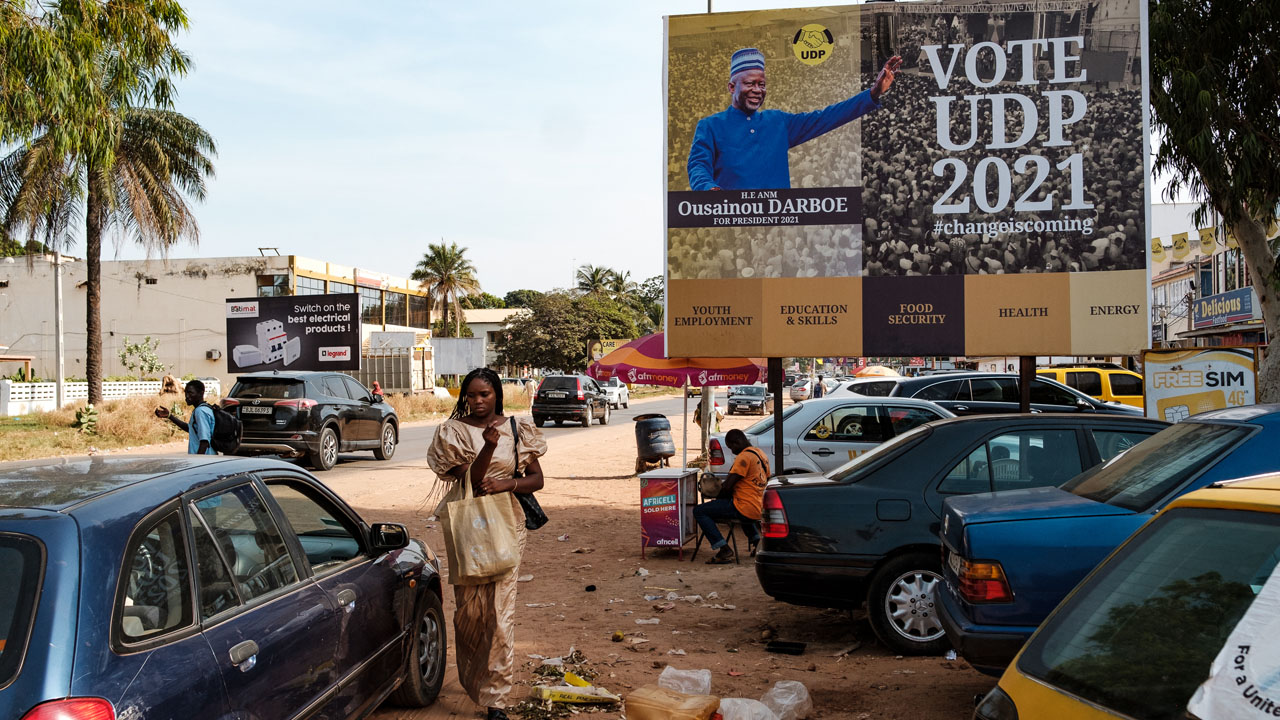 Gambians will go to the polls to elect a president on Saturday, in the first elections in the poor West African country since former dictator Yahya Jammeh fled into exile.

Voters in the tiny nation, the smallest in mainland Africa, which straddles a river and is surrounded by Senegal, are concerned about improving living conditions.

But the shadow of Jammeh, who took power in the Gambia in 1994 and ruled with an iron fist for 22 years, still hangs over the polls.

His possible return from exile and how to respond to the litany of alleged crimes under his tenure, including rape, torture, use of death squads and state-sanctioned hunting, have been central themes.

Jammeh was forced into exile in Equatorial Guinea in 2017, after President Adama Barrow, who was then a relative unknown, defeated him at the polls.

But the former dictator retains significant political support in the Gambia, where his defenders have lobbied for him to return.

Jammeh has also tried to influence the election, calling for him to address the rallies of supporters ahead of Saturday’s vote.

Some observers see the elections as a test of the country’s new democracy.

Gilles Yabi, founder of the Wathi think tank based in Dakar, Senegal’s capital, praised the Gambia’s progress, saying that it has now entered a “period of freedom in which people can express themselves without fear of danger.”

But he stressed that democratic achievements remain fragile.

“It is important to confirm this direction (towards democracy) with elections that go well, regardless of the outcome,” he said.

‘Without miracles’
The new freedoms have come with the expectation of many Gambians that economic circumstances should also improve, according to Yabi.

But that “miracle has not happened,” he said, noting that the Covid pandemic dealt a severe blow to the country’s tourism-dependent economy.

The Gambia is one of the poorest countries in the world. About half of its two million people live on less than $ 1.90 a day, says the World Bank.

Many Gambians also complain about rising prices for basic necessities like sugar and cooking oil, and lack of access to medical care, among other problems.

For President Barrow, 56, who is running for reelection, the vote is a test of confidence in his ability to generate development.

Five other men are also running in the elections, although 73-year-old political veteran Ousainou Darboe is considered the main opposition candidate.

A lawyer who has represented opponents of Jammeh, Darboe ran several times in elections against the former dictator.

He also served as foreign minister and later vice president of Barrow, before resigning in 2019.

Under Barrow, the death penalty was repealed, political prisoners were released, and multi-party democracy was inaugurated.

The Gambia also brought a case to the International Criminal Court accusing Myanmar of genocide in its campaign against the Rohingya minority under its rule.

Political maneuvers
But Barrow, a former real estate developer, has also drawn criticism for what some perceive as a move to secure his political future.

He was victorious in 2016 after a coalition of parties backed him, on the condition that he resign after three years.

But the president later reneged on the promise, serving the full five-year term allowed by the constitution, sparking sometimes violent protests.

Controversially, Barrow’s NPP party also announced a pact with Jammeh’s APRC in September, in a move seen as an electoral ploy in some quarters and denounced by rights activists.

Jammeh later overruled the decision, which he said was made without his knowledge, and his supporters have formed a rival party.

Still, the move has raised questions about Barrow’s willingness to prosecute the crimes of the Jammeh era.

A truth commission created to investigate allegations of abuse under the former dictator delivered its final report to Barrow last month and recommended that the government file criminal charges.

However, this move is politically very sensitive in The Gambia, given Jammeh’s political supporters.

Neither the report nor the names of the officials against whom the charges were recommended were released.

Barrow, or the candidate who wins Saturday’s vote, has six months to decide how to respond to the report.

The polls are scheduled to open at 0800 GMT on Saturday and close at 1700 GMT. There will be a round of voting and initial results could be expected as early as Sunday.