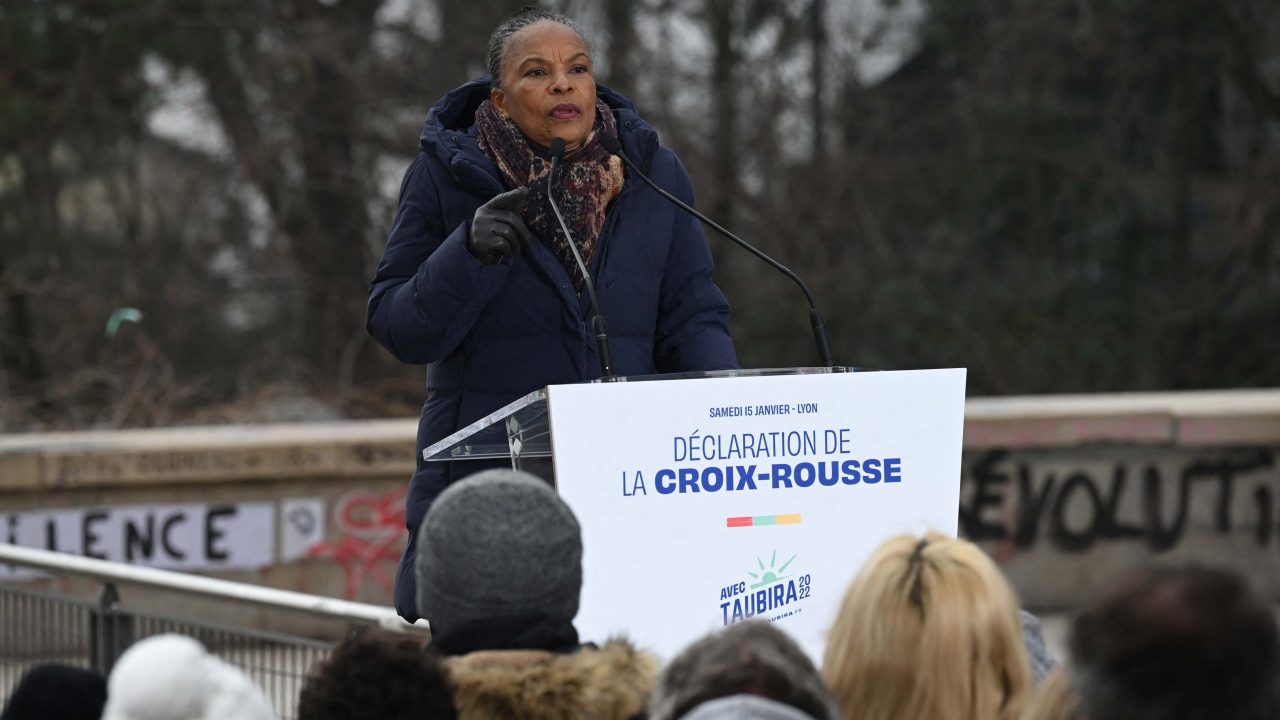 “I commit myself here before you because I share your aspiration for another type of government,” the former minister of Socialist President Francois Hollande (2012-17) told supporters in Lyon at the official launch of her campaign.

Taubira criticized “top-down power and the absence of social dialogue” under Macron, vowing to fight for higher wages, better conditions for pupils and students, health service and environmental protection.

The 69-year-old woman, born in the French South American territory of Guyana, where she served as a deputy, is admired by the left after fighting for a law that recognizes the slave trade as a crime against humanity and for promoting marriage between people of the same sex. the statute books in 2013 as minister of justice.

“We will do all of this together, because that is what we are capable of,” he told a cheering crowd brandishing signs that read “With Taubira.”

But he risks becoming just one of six candidates fighting for votes among the roughly 30 percent of the electorate who lean to the left.

They range from agitator Jean-Luc Melenchon, the highest rated in polls compiled by the weekly JDD at close to 10 percent, to Greens candidate Yannick Jadot and Paris Mayor Anne Hidalgo at 6, 5 and 3.5 percent.

A January poll credited Taubira with around 4.5 percent support.

On the right, three challengers – conservative Valerie Pecresse, traditional far-right leader Marine Le Pen and insurgent television pundit Eric Zemmour – have any chance of facing incumbent Macron in the second round of elections.

Although he has not yet declared his candidacy, the president himself enjoys the highest ratings in first-round polls with around one in four voters.

Taubira’s supporters argue that he has the power to stoke “ardor” among leftists, who have been the biggest losers from the collapse of the traditional left-right political divide since Macron’s surprise presidential victory in 2017.

The former minister “wants to be the antidote to the fatigue of left-wing voters, who can’t stand any more fragmentation,” said Christian Paul, a Taubira supporter and mayor of the small town of Lormes, in central France.

One tool that Taubira has opted for is the so-called “Popular Primary” that will crown the favorite leftist candidate of some 120,000 registered voters.

But while she has promised to respect the result, the other candidates have refused to join the process.