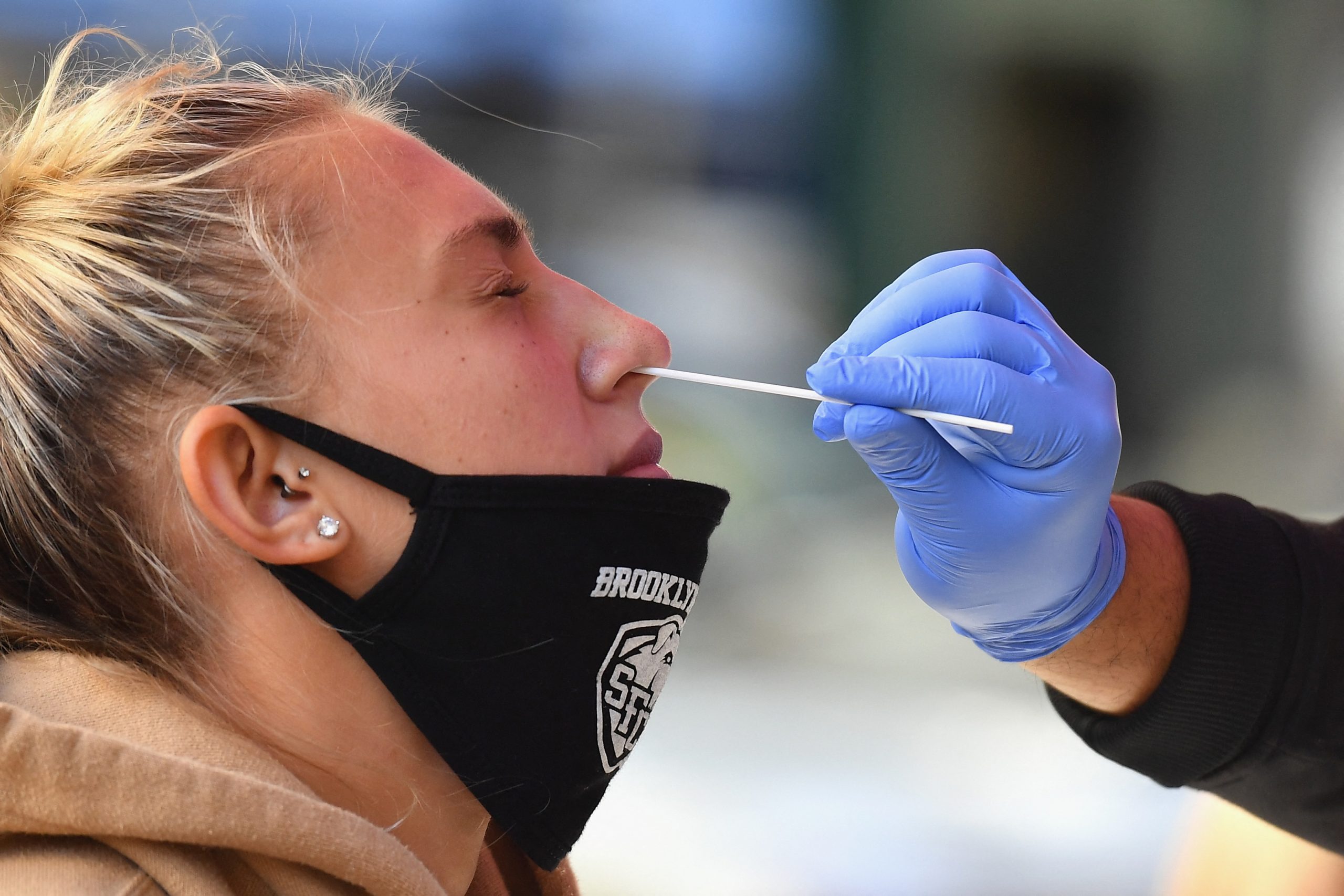 Texans seeking COVID evidence find long lines and sold-out pharmacies as the Lone Star state faces a new wave of the Omicron-induced virus, the largest since the pandemic began.

When asked about his supply of covid-19 tests at home, a Walgreens employee in the area around Houston, the economic capital of Texas, responded: “We have been exhausted since this morning.”

“You can come back in six days,” said the employee of the pharmacy chain.

At competing chain CVS and elsewhere, the situation is the same.

The need for testing is so high that people sometimes have to wait for hours in large dedicated facilities.

In the western Texas city of El Paso, local television station ABC reported that the wait to get tested Thursday at one of the city’s “mega-sites” was three to five hours.

The Omicron wave is hitting Texas hard: The state recorded nearly 54,000 positive cases on Friday, far more than the daily peaks of about 20,000 cases in January and September last year.

The lack of evidence has been one of the biggest criticisms of President Joe Biden’s handling of the pandemic, which his administration has recently doubled down on addressing.

In late December, Biden announced that the government would send 500 million home tests to Americans, and on Friday, the White House said it had taken an important step toward achieving that goal by signing its first contract, worth $ 51.6 million, with the Goldbelt Security company.

– New test ‘mega-sites’: Faced with the increasing number of cases and the demand for tests, local authorities in Texas have decided to open more test sites, such as in San Antonio, where the positivity rate increased from two to 27 percent in two weeks. according to the mayor.

In Houston, a city of 2.3 million people, authorities say they can screen 30,000 people a day with the help of two additional shortcut “mega-sites.”

New to Texas, Aaron McKenzie runs one of the sites.

“I’m from the sunny state of Florida,” she explained, “and with a team of 75 nurses, doctors, medical technologists, (we’re) here doing these nasal swabs on Houstonians.”

McKenzie and his team sampled more than 600 people Thursday and 1,000 more every day since.

Additional tests are expected to meet high demand in Houston, where the positivity rate is currently 30 percent, according to McKenzie.

– Slow results – Under gloomy skies on Friday morning in Houston, dozens of cars crawled from one registration booth to another, waiting their turn to get a PCR test without getting out of their car.

A driver, Álvaro Ayalla, shows symptoms of Covid-19. You are concerned that you will have to miss work to replace your home water filtration systems, requiring you to visit a handful of homes each day.

Many people have come with their children, with a parent concerned because he does not have health insurance.

Another mother, Eunice Chang, tells AFP that her son’s school wants all students and staff to be tested, “to be safe.”

“And they don’t want the home tests, they want the PCR test,” he adds.

Chang was promised results within 48 hours, but many providers miss that deadline, forcing residents to seek rapid antigen tests, which can cost more than $ 120.

In Dallas, long lines for tests and long delays in delivering results have prompted GeneIQ, one of the large laboratories in charge of testing on college campuses, to say it will hire new employees.