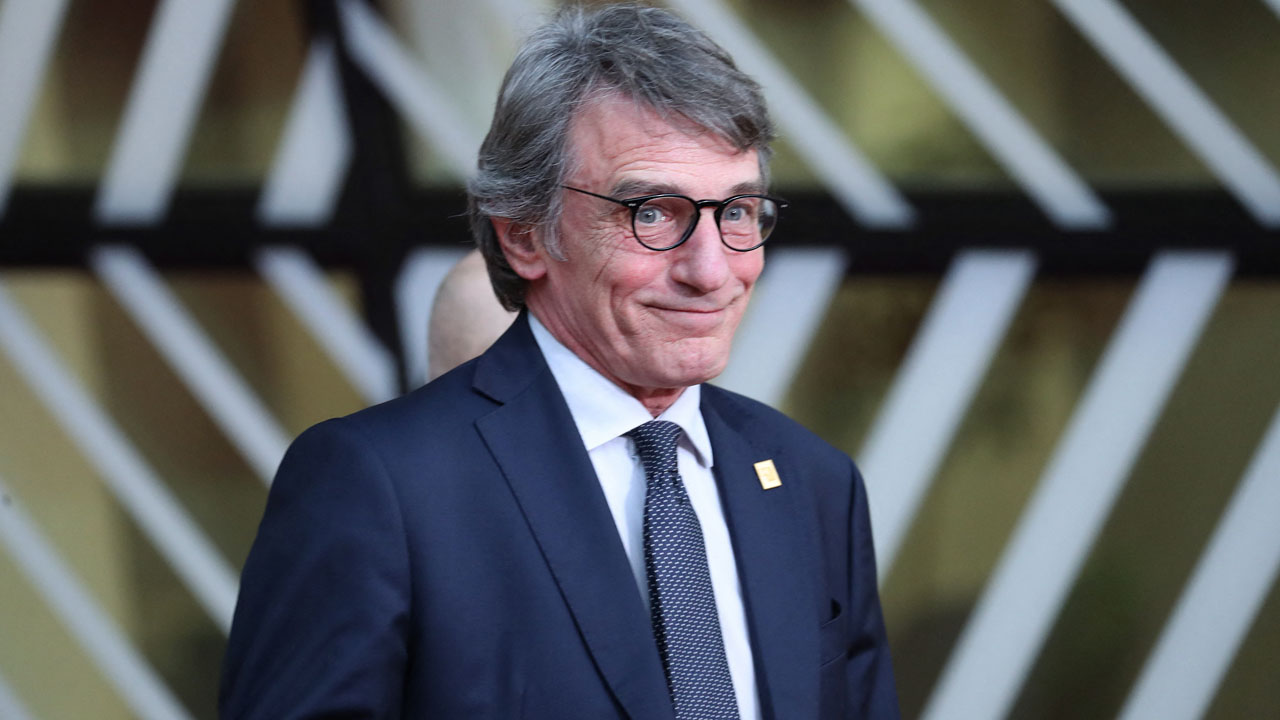 EU flags flew at half mast in tribute to the President of the European Parliament, David Sassoli, who died Tuesday at 65, as tributes arrived from leaders and officials from across the 27-nation bloc and beyond.

Sassoli died at dawn on Tuesday at the hospital where he had been admitted on December 26 for what his spokesman had said was “a serious complication due to a dysfunction of the immune system.”

“David Sassoli passed away at 01:15 (00:15 GMT) on January 11 at the CRO in Aviano, Italy, where he was hospitalized,” tweeted the spokesman, Roberto Cuillo.

The acting speaker of parliament is now her highest-ranking vice-president, Roberta Metsola, a Maltese politician who was already set to succeed Sassoli.

‘Passionate European’
The 705-seat European Parliament is one of the most important main institutions in the EU.

But the work of the European Council, which represents the governments of the 27 member states, and the European Commission, which acts as the EU executive, is seen as more influential outside of Brussels.

Under EU treaties, the official seat of parliament is in the French city of Strasbourg, but its MEPs spend most of their time and do much of their work in Brussels, where they have offices and use another chamber.

While members of the European Parliament are elected for terms of five years, the president usually gets a mandate for half that term by virtue of a power-sharing arrangement between the main political groups in parliament.

Sassoli, part of the center-left grouping of Socialists and Democrats, is expected to be replaced by Metsola, the candidate of the center-right European People’s Party grouping. Sassoli had already indicated that he would not seek re-election.

The EU flag in front of all the bloc’s institutions was lowered to half-staff on Tuesday and MEPs observed a minute’s silence in front of their Brussels building.

Sassoli’s spokesman said the date and location of the funeral will be announced later on Tuesday.

Sassoli had previously been admitted to the hospital in September last year for pneumonia, and prior to his last hospitalization, he was seen in public looking pale and with thinning hair.

EU leaders and politicians were effusive in their praise for the speaker. Many used Italian in their tributes, reflecting Sassoli’s own linguistic practice, which excelled in EU business commonly conducted in English and French.

Von der Leyen, dressed completely in black, said in Italian and English that Sassoli was “a passionate European, a sincere democrat and a good man” whose legacy was that he “wanted Europe to be more united, closer to its people, more faithful to our values ​​”.

European Council President Charles Michel tweeted in Italian and French that he was “sad and moved” by the news of Sassoli’s passing, and recalled the “human warmth, generosity, kindness and smile” of the speaker.

Metsola said she was “heartbroken” by his death.

Italian Prime Minister Mario Draghi issued a statement praising Sassoli as “a man of institutions, a profound Europeanist, a passionate journalist … a symbol of balance, humanity and generosity.”

And he added: “His sudden and premature death is shocking.”

Repeated Covid boosters not a viable strategy: WHO

Zelensky calls for international summit to end war in Ukraine