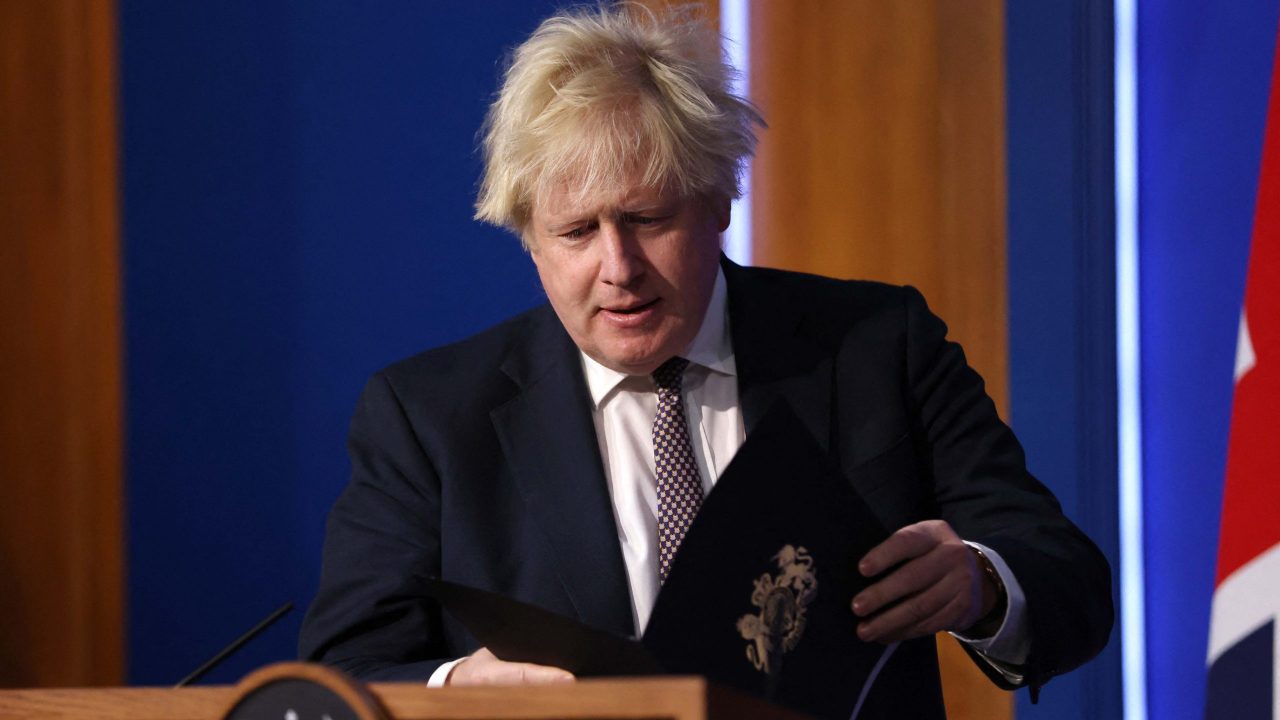 The British government on Sunday defended the pace and scale of its response to the new Omicron strain of Covid-19 against criticism that it was again falling behind the curve.

Health Secretary Sajid Javid said mandatory mask wearing will return to shops and public transport in England on Tuesday, telling families to plan for Christmas “as usual”, despite the new rules. to combat the Omicron variant.

Also starting Tuesday, all passengers arriving in Britain will be instructed to undergo a PCR test for Covid-19 and self-isolate until negative.

Prime Minister Boris Johnson had announced the stricter measures at a hastily organized press conference on Saturday, but did not specify when they would take effect.

Johnson and other high-level conservatives were widely criticized for their travel and quarantine policy early in the pandemic, when it kept borders open to foreign travelers even as infection rates soared, throwing Britain one of the worst numbers of deaths per capita in the world by Covid.

The government controversially abandoned the masks mandate in July for England, after a previous shutdown, but delegated administrations in Scotland, Wales and Northern Ireland had kept it in place.

All four UK nations are expected to adopt the same PCR rule, after England again diverged in July by requiring only a simple lateral flow test for incoming passengers on flights, ships and trains.

Travel from 10 southern African countries is now banned due to Omicron, but Javid admitted that hundreds of passengers had arrived on flights from South Africa on Friday without being screened.

But he told BBC television: “I think the speed at which we act could not have been faster.”

‘Holes in the fenders’

Javid ruled out the reintroduction of social distancing and work-from-home guidance rules, which were also controversially scrapped in England earlier this year against the advice of government scientists.

Javid said it was too early to judge the effectiveness of existing vaccines against Omicron, as drug makers rush to research new treatments against the emerging strain.

But the government is seeking approval from its Joint Committee on Vaccination and Immunization (JCVI) to expand the launch of booster jabs, shortening the time period between the second and third shots and expanding the age range to all seniors. of 18 years.

The JCVI is expected to respond early next week, Javid said.

He added that no further cases of Omicron had been detected in Britain, after the government confirmed the first two cases on Saturday, both linked to travel from southern Africa.

The opposition Labor party said the government was again doing too little, too late after Omicron emerged.

Even after Tuesday, passengers can enter Britain without a pre-departure test and travel freely from their port of entry by public transport, Labor Party Foreign Affairs spokeswoman Lisa Nandy said.

“We desperately want to see them tighten travel restrictions,” he told Sky News.

“There is a real problem when, for 18 months, the government has been warned that there are holes in these defenses and no action has yet been taken to cover them.”