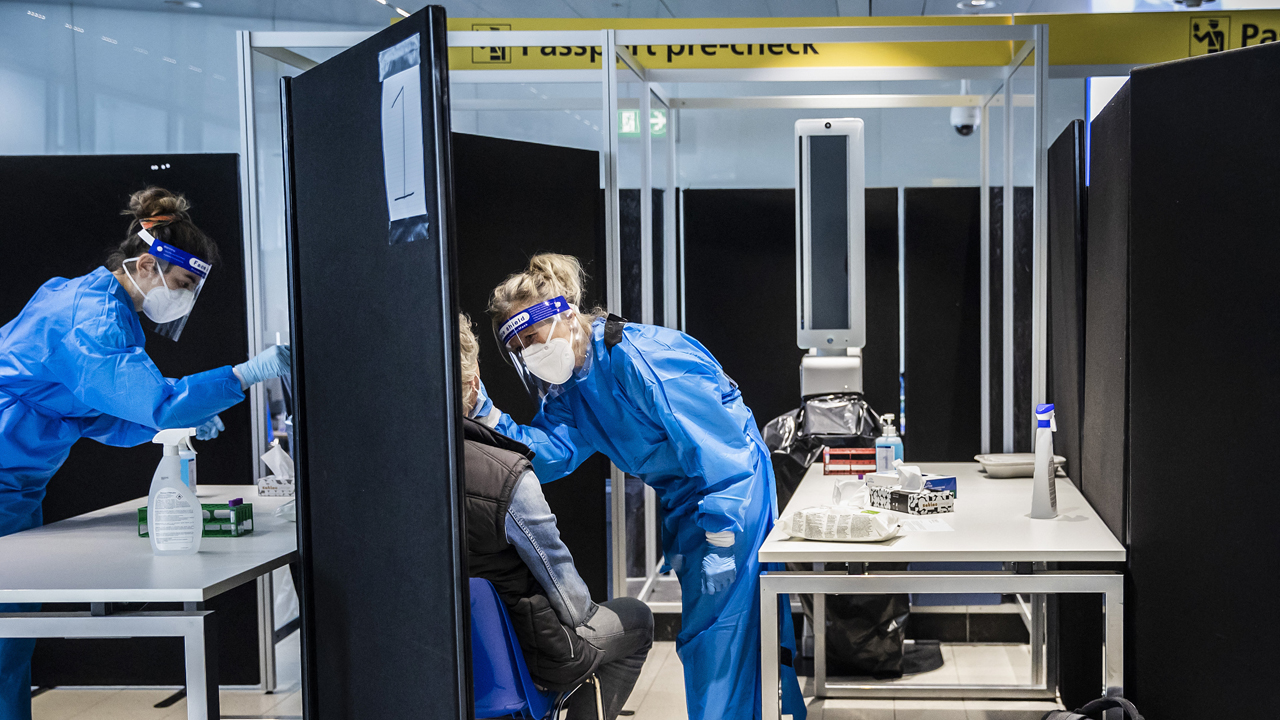 Dutch health authorities said Tuesday that the Omicron variant was present in the Netherlands earlier than previously thought before South Africa first reported on the new strain of Covid-19.

The variant was found in two test samples on November 19 and 23, and one of them had no travel history, suggesting that the variant is already circulating in the Netherlands, the public health institute RIVM said.

The first Omicron cases in the Netherlands were previously believed to have been the group of 14 among passengers on two flights from South Africa who arrived in Amsterdam on Friday.

The Netherlands now joins other European countries, including Belgium and Germany, in reporting cases of the new strain before South Africa officially notified the World Health Organization on November 24.

“We found two additional cases of the Omicron variant that were sampled on November 19 and 23,” RIVM’s head of infectious diseases, Aura Timen, told AFP.

“That points to the presence of this variant already in the Netherlands.”

“One of those two people had no travel history, the other had recently been to southern Africa,” a RIVM spokesman told AFP.

The airline’s passengers with Omicron, who were among 61 travelers on the two KLM flights from South Africa that tested positive for Covid, are currently in quarantine.

With 16 confirmed cases, the Netherlands has one of the highest numbers in Europe of the new strain.

But the Dutch situation is likely to be repeated in other countries when they retest the samples for Omicron cases, said Timen of the institute for public health.

“By the time a new variant comes out and is announced, the variant has probably already spread around the world.”

Belgium, the first European country to report the presence of the new variant, has said a case tested positive on November 22 and had developed symptoms 11 days after traveling to Egypt via Turkey.

Meanwhile, Germany has said that a person who tested positive for the variant arrived at Frankfurt International Airport on November 21.

The Omicron cases come as the Netherlands is under a virtual nightly lockdown imposed by the government after Covid cases rose to record levels.

But last week the number of new cases had finally “leveled off,” increasing just one percent to 155,152, compared with a 39 percent jump the previous week, the RIVM said.

Deaths last week rose to 367, compared with 265 the previous week.

New hospital admissions also leveled off at 1,996 last week, but the number of people admitted to intensive care continued to rise, 22 percent to 367.

Meanwhile, Dutch prosecutors said they were looking into whether the correct procedures were followed in the case of a couple who fled the hotel where most of the South African cases were in quarantine.

Carolina Pimenta and Andrés Sanz, who was captured on a plane that was about to take off for Spain on Sunday, have now been transferred to “forced isolation” in the tuberculosis ward of a hospital.

Pimenta, who tested positive for Covid, has insisted that a Dutch official told them they could leave and that the Dutch authorities had “treated them like dogs.”

“The Prosecution Service of the North of the Netherlands is currently examining the procedure that was followed before the placement of two people in forced isolation and quarantine,” prosecutors said in a statement.