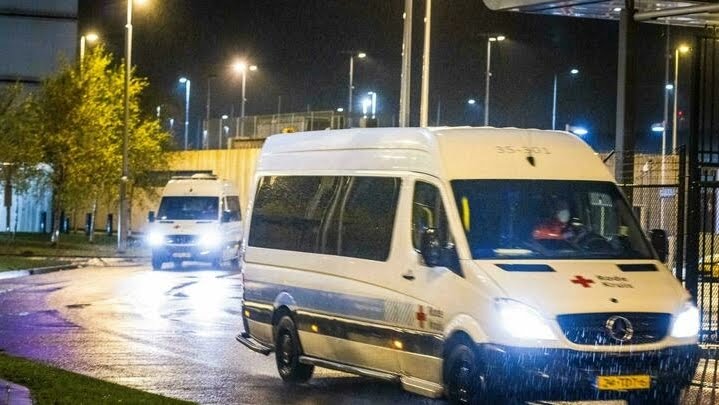 Dutch health authorities said on Saturday that 61 passengers aboard two KLM flights from South Africa tested positive for Covid-19 and the results were being examined for the new Omicron variant.

The positive cases were now in quarantine at a hotel near Amsterdam’s Schiphol Airport, where the 600 people on the Johannesburg planes spent hours waiting on Friday.

“We now know that 61 of the results were positive and 531 negative,” the Dutch Health Authority (GGD) said in a statement.

“Positive test results will be examined as soon as possible to determine if this refers to the new variant of concern, which has since been called the Omicron variant.”

EU health authorities have said the new strain represents a “high to very high risk” for the continent.

All passengers who tested positive must remain in hotel quarantine for seven days if they show symptoms and for five days if they don’t, the GGD said.

Passengers who tested negative, but remain in the Netherlands, are expected to isolate themselves at home.

“We understand that people are frustrated by this,” the statement added, “people have just taken a long journey with the idea that they will soon be home,” he said.

“Instead, right after landing, they are faced with a situation that we have never experienced before in the Netherlands, namely that people have to be tested at Schiphol and are forced to wait for a result.”

Those who do not live in the Netherlands can “continue their journey,” he said.

Dutch national carrier KLM said it would continue to operate flights from Johannesburg and Cape Town “in accordance with the strictest protocol.”

This meant that all passengers were barred from entry, except for Dutch and EU residents, who must present a negative PCR test and self-quarantine on arrival.

“KLM is taking the situation very seriously and will continue to prioritize the safety of passengers and crew,” the airline said in a statement, adding that “it will therefore impose strict on-board safety requirements for passengers. and the crew. “

A KLM flight from Johannesburg was scheduled to land around 1100 GMT, Schiphol said on its website.