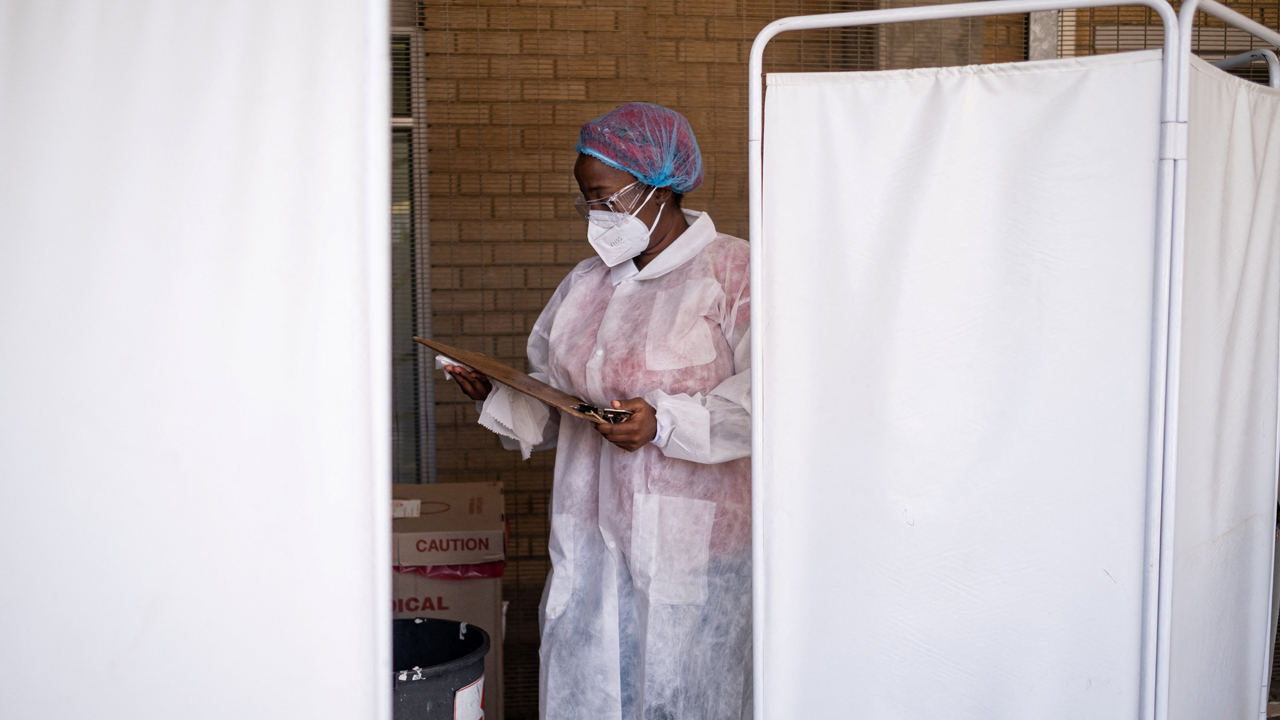 Omicron is driving a sharp rise in infections in South Africa, but relatively few people are being hospitalized, experts said Thursday, as patients so far reported mild symptoms.

The country recorded 11,535 new cases on Thursday, mostly in the epicenter of Gauteng, the province where the largest city of Johannesburg and the capital Pretoria are located.

That’s five times more cases than were reported just a week ago when South African scientists alerted the world to the new variant.

Three-quarters of new cases in South Africa are now Omicron.

But deaths and hospitalizations so far are increasing at a much slower rate.

Experts warn that there is still much to learn, but they credit vaccines with preventing more cases of serious diseases.

“There is an increase in admissions for Covid-19, but not to the extent that we have seen” in previous outbreaks, said Mary Kawonga, a doctor who heads a provincial Covid advisory council.

This is partly because many of the infected people are young, and in general, younger people have shown milder symptoms during the pandemic.

While only one in four South Africans is fully vaccinated, the rates are highest among older people who are more likely to suffer serious illnesses if infected.

“We believe that the number of cases will increase exponentially in all the provinces of the country,” said Anne von Gottberg, an expert with the National Institute of Communicable Diseases.

“We believe that vaccines, however, will protect against serious diseases,” he added.

But so far, many cases only suffer from a headache or runny nose and sometimes nothing at all.

The next day she had a headache, was fatigued, and lost her appetite.

By the end of the weekend, she “felt exhausted,” had a runny nose and stomach cramps, although her appetite had returned.

The only reason she took a Covid test was that she was supposed to attend a family member’s 40th birthday party this week. They had planned to complete it with a safari to the Kruger National Park.

Two weeks ago, her nine-year-old daughter came home from school with a sore throat and a runny nose, but the symptoms disappeared overnight.

“We don’t know if it’s Omicron or not,” Willmore said.

Donovan Rothner, 42, was asymptomatic until he underwent a preoperative test that was positive.

“If it weren’t for that procedure, I wouldn’t even know I have that virus, and that would put a lot of people at risk,” Rothner said.

A 44-year-old advertising practitioner had to be tested after her eight-year-old daughter suddenly developed a high fever, followed by another of her daughters.

Then it was her turn, a slight itch in her throat, accompanied by dizziness.

“Then I knew I had it,” he said. But the vaccinated mother is relieved that the symptoms are “incredibly mild, like a cold. I have all my sense of smell, my taste ”.

– Hurry for tests –
Omicron’s fears have created a flood of clinics and labs.

On Thursday, dozens of people lined up in the midday sun in front of shipping containers turned into sample collection sites in front of a private hospital in the Johannesburg suburb of Sandton.

Others sat on the sidewalk waiting their turn.

“The numbers are growing this week,” said a nurse who collects samples.

Many people queuing said they had no symptoms, but had been in contact with people who later tested positive.

Darienne Hallas, a 40-year-old data scientist, requested a test after her co-workers were diagnosed with Covid and she felt “extremely tired” in recent days.

“I don’t feel too stressed because I’ve had people (around me) recently test positive. They didn’t feel as bad ”as was feared.

Omicron “doesn’t sound too bad on the lungs,” he said.

Related Topics:COVIDSouth Africa
Up Next