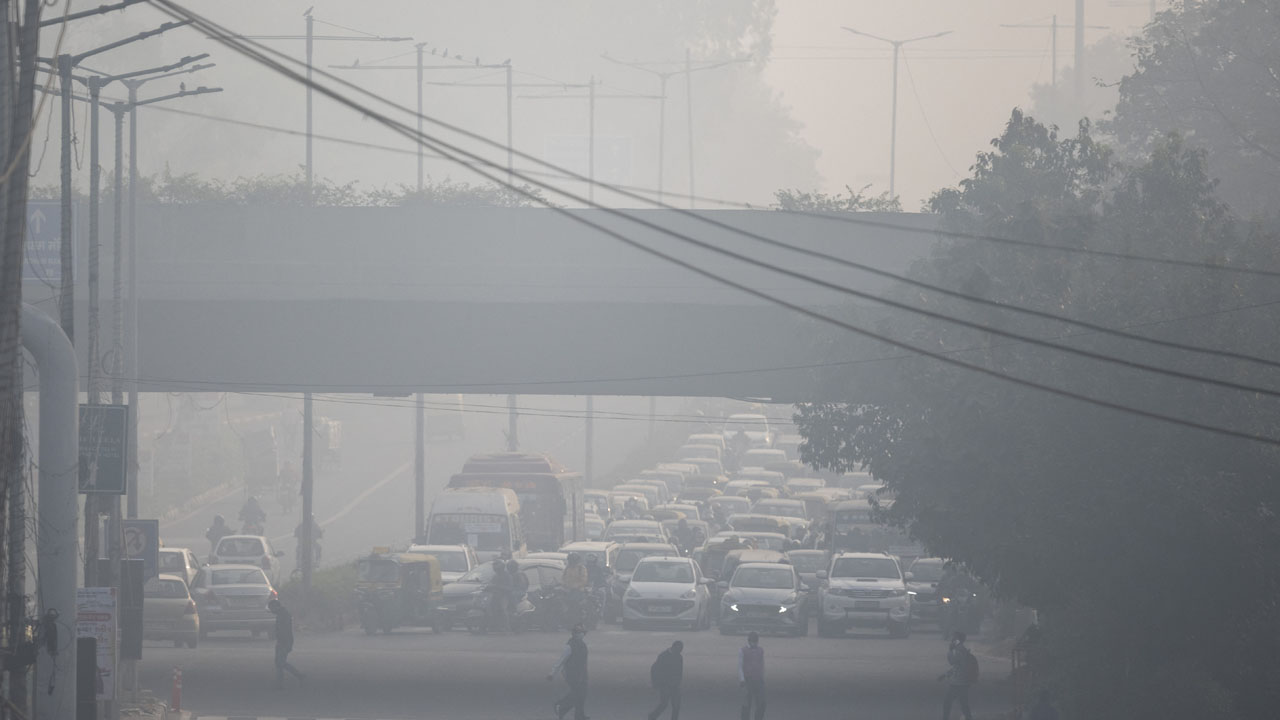 After decades of navigating the dangerous roads of New Delhi, office worker Ashok Kumar spends more time than ever in the traffic jam that fills the roads of the Indian capital and pollutes the city.

The sprawling megacity of 20 million people is regularly ranked as the world’s most polluted capital, and traffic exhaust is the main driver of the toxic smog that permeates the skies, especially in winter.

Delhi’s mosaic public transport network struggles to cater to a booming population, with long lines snaking out of the city’s metro stations every night and overloaded buses moving slowly through clogged arteries.

“When I arrived in Delhi, the air was clean because there were hardly any cars or bicycles on the roads,” Kumar told AFP as he waited for a ride home in front of the city’s main bus terminal.

“But now everyone has a vehicle.”

Kumar spends nearly four hours a day on a “grueling commute” to and from his home on the southern outskirts of Delhi, alternating between commuter buses, shared private taxis and rickshaws.

Even at the age of 61, Kumar hopes to save enough money to buy his own scooter and avoid the pain of the daily commute.

“Not many people can afford to waste time on public transportation,” he said.

Private vehicle registrations have tripled in the last 15 years; there are now more than 13 million on the capital’s roads, government figures show.

The consequences are felt throughout the year, as Delhi’s road users spend 1.5 hours more in traffic than other major Asian cities, according to the Boston Consulting Group.

But when winter rolls around, the daily inconvenience turns into a full-blown public health crisis, as prevailing winds subside and thick haze settles over the city, causing an increase in hospital admissions for residents who they struggle to breathe.

Emissions from vehicles accounted for more than half of the city’s airborne concentration of PM2.5, the smallest particles in the air and the most dangerous to human health, in early November, the Center for Science and Technology said. Environment (CSE) of Delhi.

‘It made more sense’
A study by the center last year showed that the capital was experiencing a steady decline in the number of public transport users.

Infrastructure has improved since the turn of the century, when Delhi inaugurated the first links in an underground rail network that now encompasses more than 250 stations and extends to neighboring satellite cities.

But the CSE said long distances between metro stops and residential areas were pushing commuters to switch to private vehicles.

“The subway is convenient, but I still had to take an auto-rickshaw or shared taxi from the station to my house,” Sudeep Mishra, 31, told AFP.

Mishra’s daily commute was a 50-kilometer (30-mile) return trip, including the two kilometers he had to travel between the nearest station and his home, now all done on a second-hand motorcycle.

“It was a hassle and expensive too,” said Mishra, also a white-collar employee. “It made more sense to buy my vehicle to save time and money.”

Experts say this poor last-mile connectivity is a particular problem for women, who often have to choose between private transportation or risk walking on dark and unsafe streets.

The shift to private vehicles has seen Delhi’s bus network atrophy, with more than a hundred bus routes phased out since 2009.

The fleet of the state-run Delhi Transport Corporation has been cut by nearly half from a decade ago and last ordered new buses in 2008, with a planned expansion marred by allegations of corruption.

Cosmetic solutions
There is a direct link between this underinvestment in public transport and worsening air pollution in the capital, said Sunil Dahiya, a New Delhi-based analyst with the Clean Air and Energy Research Center.

Official campaigns have tried to lighten the haze in recent years, with the city at one point banning vehicles from the roads using an alternate odd-even system based on license plate numbers.

Groups of young people are paid to stand at congested traffic intersections, waving signs urging drivers to turn off their engines while waiting at red lights.

And incentives have been offered for EV owners, but with just 145 charging stations across the city, uptake has been slow.

Dahiya told AFP that only a large investment to make public transport more attractive and convenient would begin to solve the intractable problem.

“We need aggressive growth in public transportation to start seeing an absolute reduction in air pollution levels,” he said.

Related Topics:AFPCSEEVNovember Center for Science and Technology said Environment (CSE)PM2
Up Next