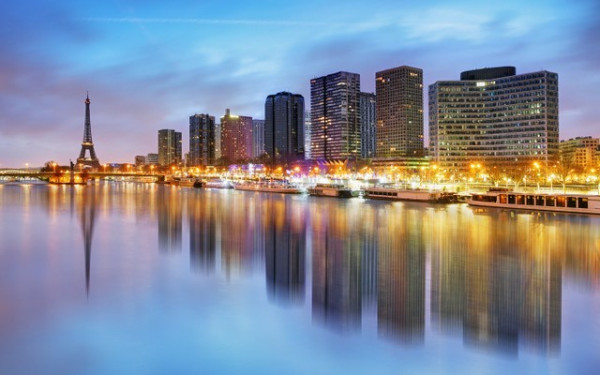 Africa Oil & Power (www.AfricaOilAndPower.com) will host Francophone African government delegations and European financiers at the first AOP Investor Forum to be held in Paris; the event is entirely dedicated to getting major commitments committed and signed between European investors and African companies and governments; the event will promote continued synergy between petroleum and renewables actors and will drive a new positive narrative aiming to balance African development needs, climate goals and economic growth in Africa.

African energy deals are on the table at the AOP Investor Forum: Paris 2021 on June 16-18. Africa Oil & Power, the continent’s leading platform for investment in energy, will hold a two day event where European investors are invited to participate in deals that will drive Africa’s growth post-COVID.

Participants in the forum will include:

“Energy, in all its forms including oil and gas, is the cornerstone of Africa’s re-emergence from COVID. We believe that now is the time for African companies and governments to look again at their European partnerships and to push forward with deals that power their economies,” said AOP’s Managing Director Renée Montez-Avinir.

“The energy transition, and the future funding of African oil and gas projects, plus Europe’s role in African investment going forward, will be at the heart of our discussions at the Paris investor forum. Oil and gas will continue to play an important part in Africa’s energy mix and economic expansion,” she continued.

Africa Oil & Power looks forward to welcoming major international oil companies, institutional investors and private equity firms to take part in the forum. AOP will make details of projects and deals available to its network in advance of the conference, and expects multiple agreements to be signed at the event itself. Join Africa’s and Europe’s leading investors at the AOP Investor Forum: Paris 2021 on June 16-18 and visit www.AfricaOilAndPower.com to find further updates.

Africa Oil & Power invites finance institutions, E&P firms, power companies and service providers to express their interest in taking part in the forum, and in meeting the government delegations of the abovementioned countries, by getting in contact with João Gaspar Marques, International Conference Director, at [email protected]