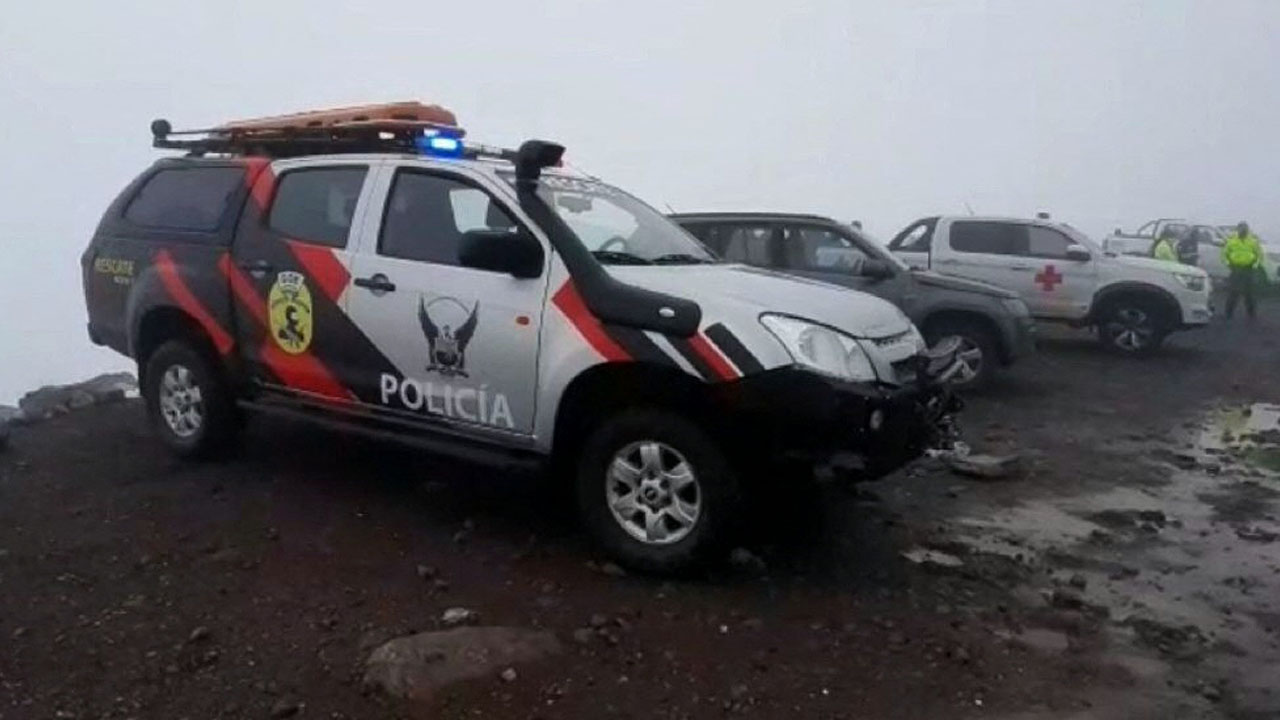 An avalanche Sunday on a snow-capped Ecuadoran volcano, the highest peak in the country, killed at least three climbers and left three others missing, officials reported.

The avalanche struck a group of 16 mountaineers while at an altitude of 6,100 meters (20,000 feet) on the dormant Chimborazo volcano, according to responders.

“There are three missing mountaineers, three dead, three injured and seven rescued, out of a total of 16 people,” Quito firefighters, who provided emergency support, said in a statement.

A previous report from the country’s ECU911 security service had said four climbers had died and one was injured.

Authorities did not identify the climbers or their nationalities, but the Quito newspaper El Comercio reported that all were Ecuadoran.

The avalanche was spurred by “weather conditions” and was not caused by any volcanic activity, according to the firefighters.

Rescuers as well as police and military personnel specialized in high-elevation operations set up a command center at Chimborazo to coordinate search-and-rescue operations.

The volcano, which rises more than 6,200 meters high, is covered in snow and glaciers year-round and is located about 130 kilometers (80 miles) south of Quito.

Chimborazo attracts both Ecuadoran and foreign climbers. The towns of Riobamba and Ambato lie at its base.

Ecuador’s Environment Ministry temporarily closed the surrounding Chimborazo nature reserve, which is popular with tourists. Despite the volcano’s constant snow, it is not frequented by skiers.

The volcano has seen a number of deadly accidents in recent decades.

In 2003, the remnants of an Ecuadoran plane that crashed in 1976 with 59 people on board were found by climbers about 700 meters from the summit.

The plane had collided into a stone wall on Chimborazo, and had been covered by an avalanche.

In 2015 the remains of three climbers, believed to have disappeared 20 to 30 years ago, were discovered at about 5,500 meters.

And in 1994 an avalanche left 10 people dead, including one Swiss and six French nationals.

Chimborazo last erupted sometime between the beginning of the 5th and end of the 7th century, according to the Geophysical Institute of Quito, which said the interval between eruptions is approximately 1,000 years.

The volcano’s ice-capped summit, steep slope and its location near populated areas including towns, make it a high-risk area, according to the institute.

Chimborazo’s summit is the farthest point from the center of the Earth, at 6.38 million meters.

Colombia prepares to extradite drug lord ‘Otoniel’ to US