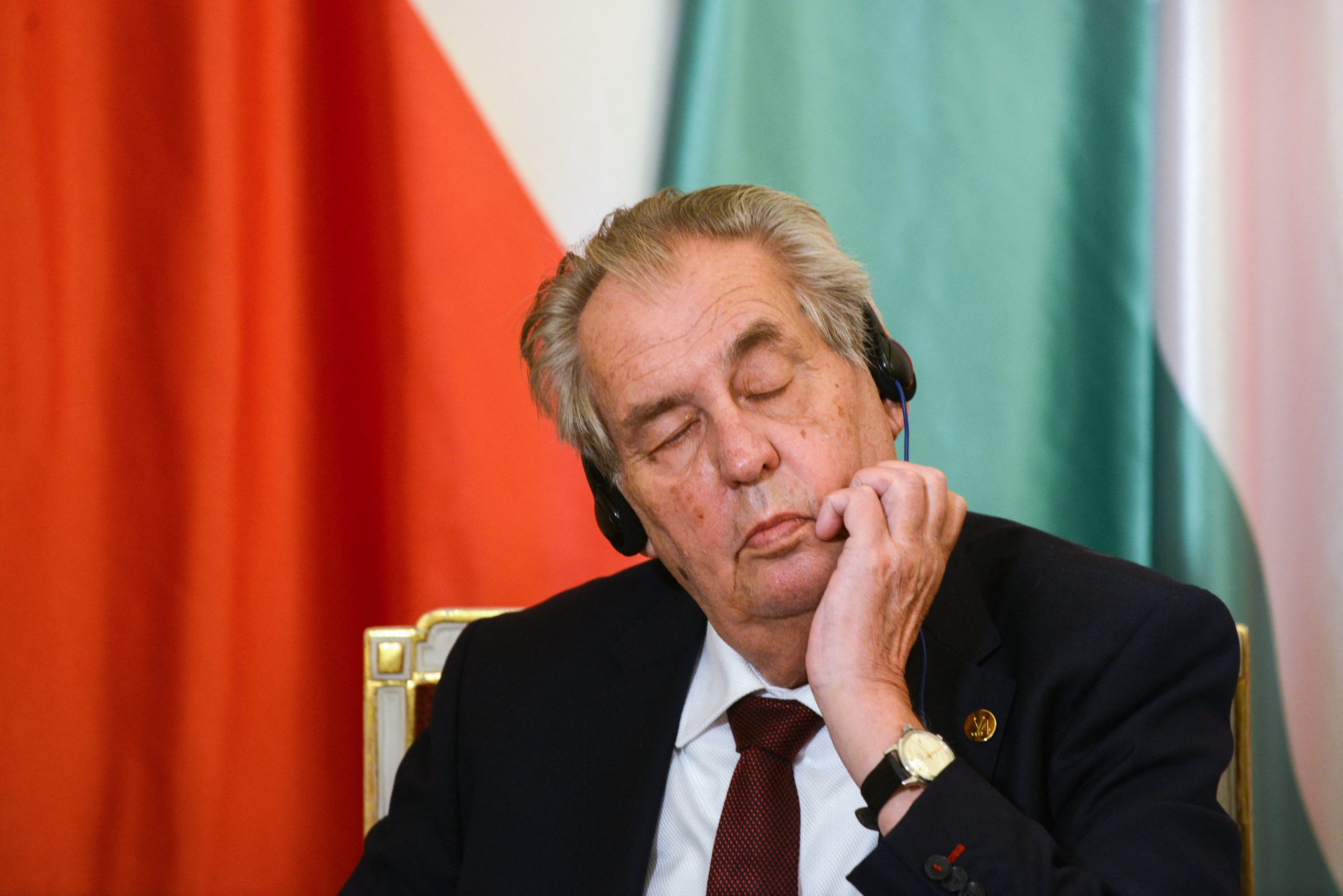 Czech President Milos Zeman returned to the hospital hours after being discharged on Thursday when he tested positive for Covid-19, his spokesman Jiri Ovcacek said in a statement.

Zeman was expected to appoint center-right leader Petr Fiala as prime minister on Friday, but Ovcacek said his program would now be suspended.

The 77-year-old leftist veteran was hospitalized on October 10, the day after the general election, and received treatment for liver problems that doctors have suggested could be cirrhosis.

Zeman left the Prague Military University Hospital (UVN) for home care at his residence at Lany Castle, west of Prague, on Thursday morning.

But on Thursday afternoon, Zeman “was tested for Covid-19 within the standards of the home care provider. Unfortunately, the result was positive, ”said Ovcacek.

“The president‘s program will be suspended while he undergoes Covid-19 treatment,” he added when Zeman was returned to UVN.

Local media said Zeman, who had received three doses of the Covid vaccine, was showing no symptoms of the disease.

Zeman was due to name Fiala on Friday, but the infection has postponed the ceremony indefinitely.

Fiala is the chairman of the right-wing Civic Democratic Party, which teamed up with the centrist Christian Democrats and the center-right TOP 09 party to form the Juntos alliance that won the October elections.

– Registry of Covid infections –
The alliance then joined forces with a centrist grouping of mayors and independents and the Pirate Party to win a 108-vote majority in the 200-seat parliament.

The five parties formed a government while Zeman, who normally would have mediated the post-election talks, was in hospital.

Zeman, who will appoint the prime minister and then the government under the constitution, said he had a problem with a person in Fiala’s cabinet, and suggested that the pro-Russian Zeman could insist on a change.

But Zeman’s latest hospitalization has slowed things even further at a time when the Czech Republic, an EU member of 10.7 million people, is grappling with record daily growth in Covid-19 infections.

The Czech Health Ministry registered 18,004 new cases on Wednesday after a record of 25,877 the day before.

The rally prompted the outgoing Babis government to announce new restrictions on Thursday, including closing restaurants, bars and clubs at night, as well as the entire Christmas markets.

Hospitals in the east are running out of capacity and some have begun transferring patients to less congested facilities in other parts of the country.

Dollar up along with S&P 500 ahead of US holiday