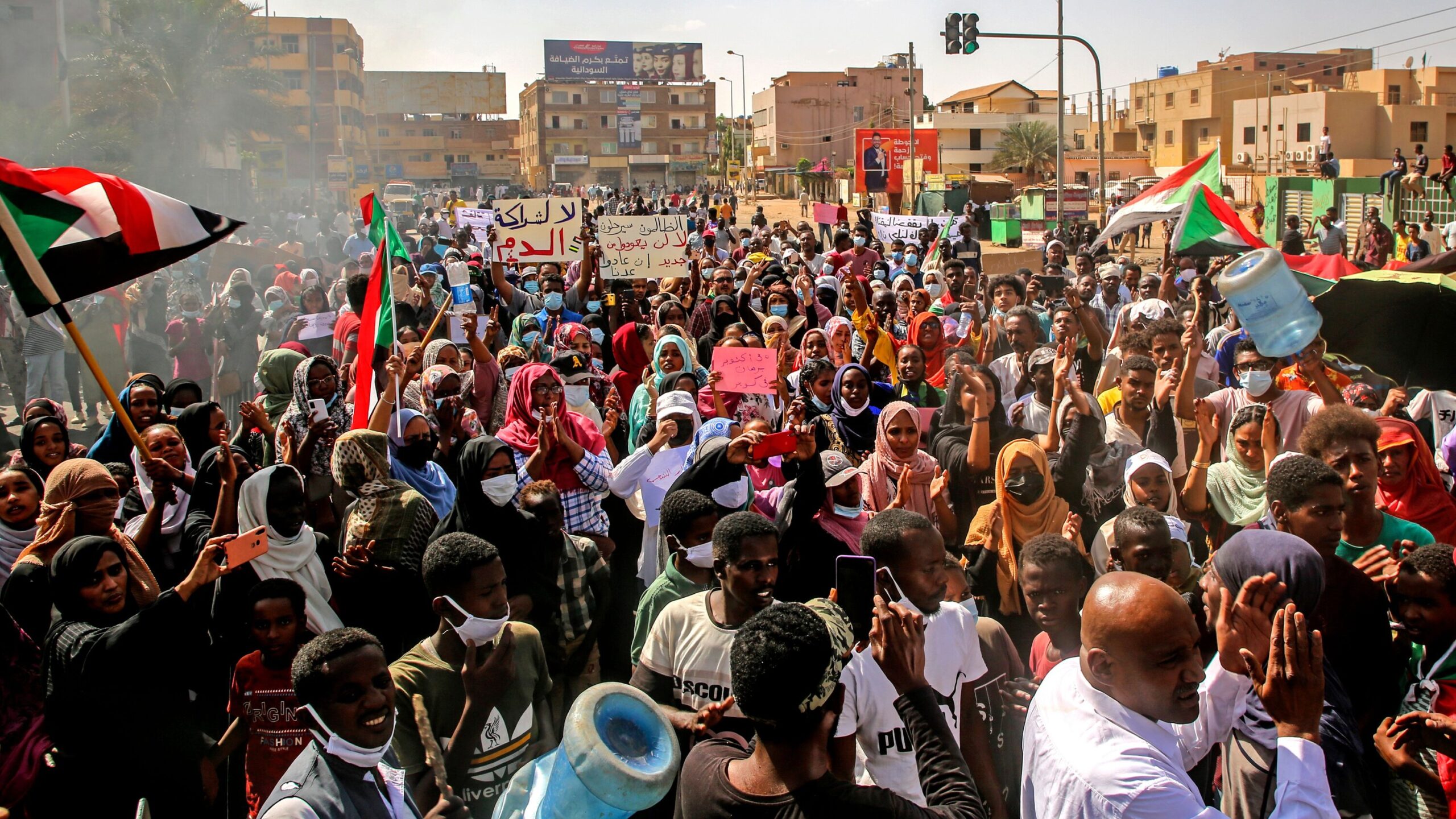 United Nations High Commissioner for Human Rights Michelle Bachelet has condemned the killings of peaceful protesters against the military regime in Sudan.

It is “totally shameful” that live ammunition continues to be used against protesters, Bachelet said in a statement from the United Nations High Commissioner for Human Rights in Geneva.

According to reports, security forces killed at least 15 people and injured thousands of Sudanese protesting against the military regime on Wednesday.

Bachelet said at least 39 people have been killed by security forces in Sudan since the October 25 military coup, 15 of whom were said to have been shot on Wednesday.

“Shooting at large crowds of unarmed demonstrators, killing dozens and injuring many, is deplorable, clearly aims to stifle the expression of public dissent and constitutes flagrant violations of international human rights law,” he said. she declared.

According to reliable medical sources, more than 100 people were injured during protests Wednesday in Khartoum, Khartoum-Bahri and Omdurman.

Of the injured, 80 were shot to the upper body and head.

Arrests reportedly took place before, during and after the protests. Police released a statement saying 89 police officers were also injured.

On Wednesday, the military imposed a complete shutdown of telephone and mobile communications across the country, in addition to the continued shutdown of internet services, effectively cutting Sudan off from the world.

Only satellite links continued to operate.

Bachelet explained that people were unable to call ambulances to treat injured protesters.

She said families were unable to verify the safety of loved ones and hospitals were also unable to reach medics as emergency rooms filled up, to name a few. very real and serious consequences.

For the High Commissioner, “the general shutdowns of the Internet and telecommunications violate the fundamental principles of necessity and proportionality and contravene international law”.

Since the military coup, journalists, especially those perceived to be critical of the authorities, have been targeted.

Journalists were arbitrarily arrested and attacked while working, and their homes and offices searched by security forces.

There were also worrying reports of their attempted kidnapping by armed assailants in civilian clothes.

“With the Internet shutdowns, the role of journalists in disseminating essential information about the current situation is particularly crucial, but I fear that the increasingly hostile environment against them will lead to self-censorship and further threatens pluralism and independence of the media, “said the Commissioner. noted.

Bachelet also urged the authorities to immediately release all those detained for exercising their rights to freedom of expression and peaceful assembly, as well as all political actors detained.

She argued that all members of the security forces and political and military leaders responsible for unnecessary and disproportionate use of force against protesters must be held accountable in accordance with international human rights law.

The commissioner also stressed the need to ensure that healthcare workers are not targeted to provide medical care to injured protesters and that their essential work is not hampered.

Related Topics:NOPESudanUnited Nations
Up Next

India to revoke farm laws that prompt a year of protests