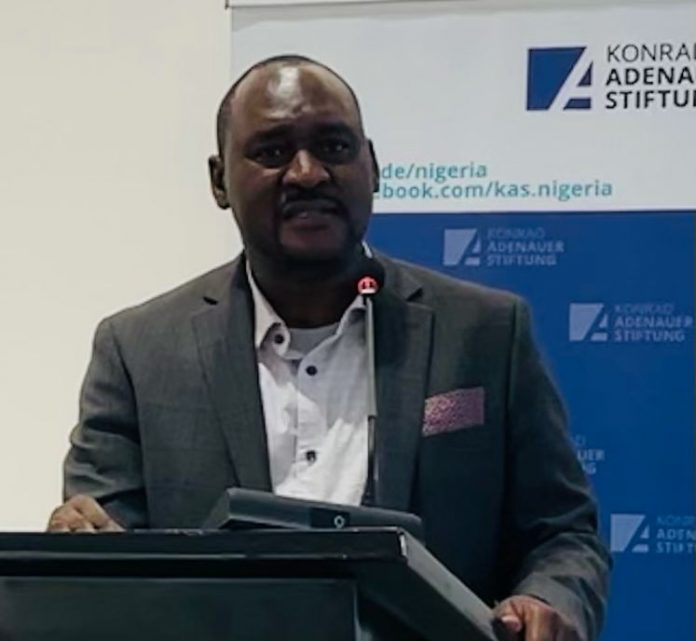 He made the call in Abuja at a workshop for select journalists on “Reporting Corruption in Nigeria.”

The workshop was jointly organized by CISLAC and Konrad Adenauer Stiftung (KAS).

“We need to engage in more reporting on corrupt practices in the country because most Nigerian leaders claim saints when they all have a hidden agenda of siphoning the wealth of innocent Nigerian tax-payers,” Rafsanjani said.

According to the CISLAC Boss, who is also the head of Transparency International in Nigeria, it is necessary for Nigerians to be kept abreast of happenings in the country, especially on how their common wealth is managed.

His words: “At a time when we are faced with a dwindling economy, Nigerian leaders must be accountable and transparent in all their dealings because only then would we be able to move forward as a nation.

“We must all come together to fight the rising rate of corruption which has continued to push us backward as a nation.”

Comrade Rafsanjani, said it was necessary for journalists to conduct investigations on asset recoveries as concerns have gone from recovery of assets to managing of recovered assets.

“The case of the former Chairman of the Economic and Financial Crimes Commission, Ibrahim Magu is a classic example of allegations centered on poor assets management after recovery.

“The case had stirred controversy and opened up the state of events especially on assets management thus eliciting the debate on the need to monitor properly how assets recovered are managed.”

Speaking, Dr. Vladimir Kreck, Resident Representative of Konrad Adenauer Stiftung, said that the role of journalists in the fight against corruption cannot be overemphasized because they serve as the watchdog for the society.

Dr Vladimir, who was represented by Mr. Samson Adeniran, KAS programme manager said: “KAS will continue to support and train journalists to equip them in the fight against corruption, which has become a menace in the Nigerian society.”