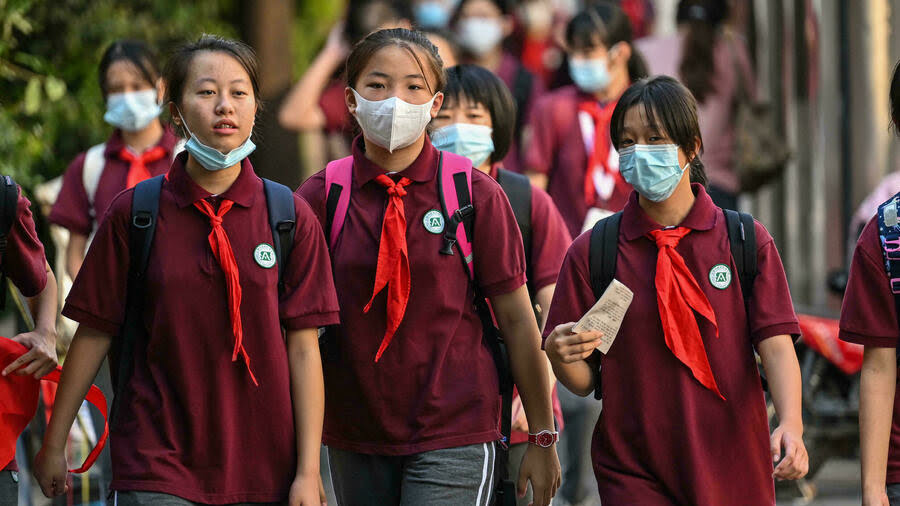 One of China‘s largest tutoring firms said it laid off tens of thousands of employees last year, revealing the extent of the damage to the multi-billion dollar sector as Beijing cracks down on private education.

China imposed new rules on tutoring companies in 2021 to force them to become nonprofits as part of a series of measures designed to reduce pressure on school children in the country’s ruthless education system.

The founder and president of New Oriental Education & Technology said in a social media post over the weekend that the company had laid off 60,000 employees as revenue fell 80 percent.

The Hong Kong-listed company lost 90 percent of its market value during the year, he added.

“In 2021, New Oriental faced too many changes, with much of our business in a state of uncertainty due to politics, the pandemic, international relations and other reasons,” Yu Minhong wrote on his WeChat account.

Since then, the group has stopped much of its teaching, both in person and online.

In a separate post on Monday, Yu added that despite the cuts, New Oriental still employs around 50,000 employees and teachers, whose livelihoods “depend on the healthy and sustainable development of New Oriental.”

Private teaching companies have long capitalized on the high demand for academic success in China, with armies of parents eager to advance their children in a ruthless education system in which a single exam can determine a lifetime’s trajectory.

It is also exploring new sectors such as the sale of agricultural products, according to Yu.

Many young Chinese have cited the cost of education as one of the reasons they are unwilling to have more children, even after China formally allowed all couples to have three children last year in an attempt to prevent aging. of the population.

Ugandan children back to school after nearly 2-year Covid closure

Afghan envoy to China quits after six months of no pay