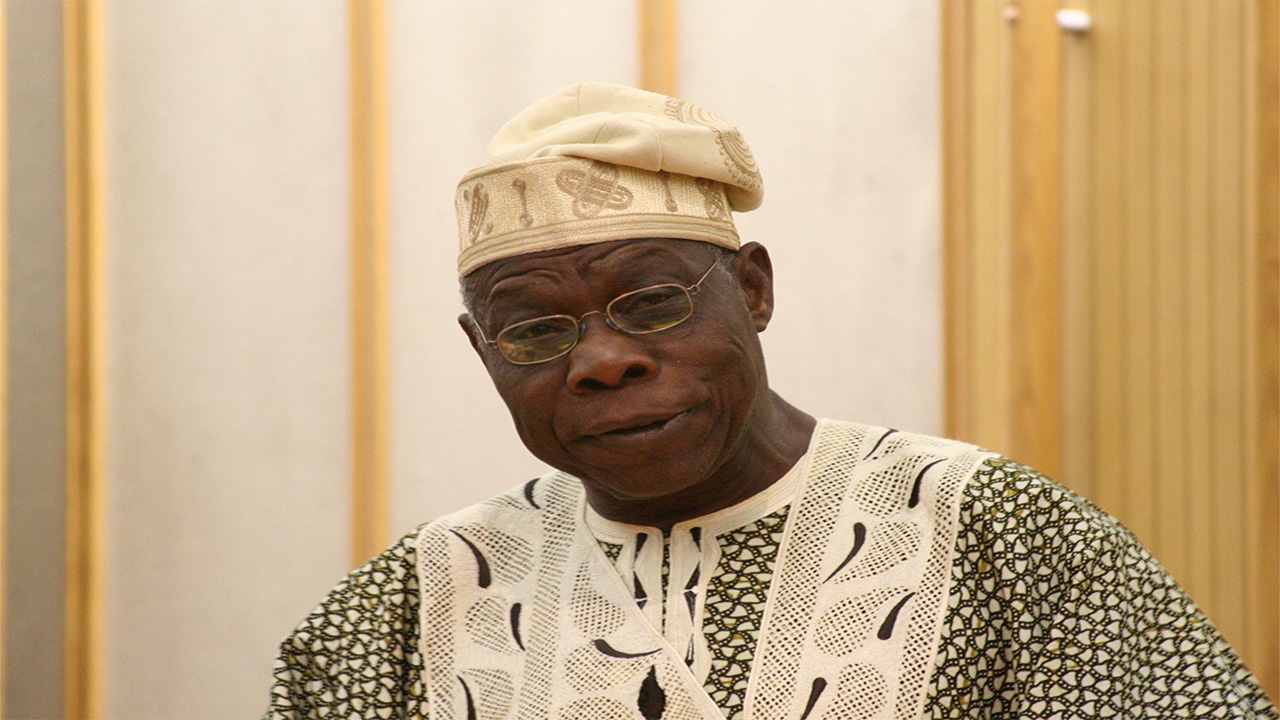 News of a letter written by the nationalist Ijaw, Chief EK Clark, to former President Olusegun Obasanjo and the latter’s response have dominated online news platforms this holiday season.

Clark in his letter strongly condemned Obasanjo’s position that the oil in the Niger Delta belonged to Nigeria. So insistent was Obasanjo on this point that he continually interrupted Clark’s representatives at a recent meeting, thwarting all their attempts to argue otherwise, even having to slam the table in anger!

It was quite impressive that nature conspired to make the two older statesmen “fight” in public; two elders who traced their handling of Nigerian affairs when they first met 46 years ago in the Gowon government, in 1975. That providence chose a period like this, just before a new year, heralding another round of political activities useless to vote in new sets of homo sapiens to manage and twist our destinies at will; truly show that nature and gods are wise.

While I am not interested in joining the trouble or taking sides with any of the elder bosses, I would simply identify four prominent long-standing misconceptions that have now resurfaced after the open letter disclosures.

1. Nigeria is a shame of a federation
Nigeria pretends to be a federation, but in its actions it is anything but one. The country has continued as a unitary state according to Aguiyi Ironsi Decree 34 of 1966. This same clause has been disguised and cast into Section 44 (3) of the 1999 Constitution while the leaders wear the toga of a “Federal Republic”. ”

I was horrified by the case cited by Obasanjo in case oil was discovered at his Ota Farm in the future: “If any mineral is found underground on my farm, the Federal Government will ask the State Government to revoke my C of O for overriding public interest … The Federal Government would grant a license to any company that had been assigned the right to extract the mineral. It would not matter what I grow on the farm, and the development I have carried out … “

There are approximately 25 countries that operate federal constitutions in the world. They include some of the largest and most complex democracies: India, the US, Brazil, Germany, Mexico, Belgium, Russia, Canada, Switzerland, the United Arab Emirates, Austria, Australia, and others. Obasanjo should have mentioned one of those federations that hijacks the resources of its federative units, diverts them to the capital, drops them in the lap of the Commander-in-Chief, and then shares the spoils like a bonanza with those around the corridors of the can. , as does Nigeria.

And the fact that he could use his Ota Farm example so defiantly and confidently as a proud example of how Nigeria continues, reveals how ignorant our so-called leaders and elders are about the ideal global standards for managing a heterogeneous society in nature like Nigeria. .

2. The Niger Delta does not refer to anyone but flora and fauna.
The term “Niger Delta” is a language of colonialism and imperialism. Colonialists adopt these anonymous names to undermine the true identities of those they wish to colonize. It is a Machiavellian strategy to format the memories of indigenous peoples and leave them aimless, confused and empty.

The terms “Gold Coast”, “Ivory Coast”, “Nigeria” (Niger Area), etc. they are imperial nomenclatures. The term “Niger Delta” describes the flora and fauna, and vegetation of a place within the Nigerian enclave; never peoples in it. Oil, therefore, does not belong to the “Niger Delta”.

There are genuine national groups in that region to which oil belongs, and any attempt to anonymize them by using inconsequential labels such as “Niger Deltas”, “South-South” is a wound that touches the soul.

The Urhobo, Itsekiri, Isoko, Ijaw, Ogoni, Kalabari, Efik, Ibibio, etc. they are the owners of the oil. The term Niger Delta is nebulous and imprecise and has been used as an instrument of deception by both outsiders and their accomplices from within to plunder the dry region and cause great harm to the peoples. The history of the NDDC and its swooning playwrights is just one of those examples of the ridicule and harm that such anonymity can lead to.

Clark must now also learn to speak on behalf of his Ijaw and Urhobo peoples rather than act as a voice from the Niger Delta. The Urhobo and the Ijaw have populated nations with an identified history, territory and borders, a language, and a psychological trait. These four qualities are the indices that qualify any people for the condition of an independent state in any part of the world. The English, French, Spanish, etc. have no more than these.

The term Niger Delta does not represent anyone. Even Nigeria does not represent anyone. Nigeria has no territory, no resources, no people, no culture, no language. It appropriates peoples, cultures, languages, resources, etc. of the authentic national groups within its enclave and claims them as its own. This realization alone is enough to show that Nigeria is simply a passing phase towards future happiness.

3. Praise of “tribesmen” over “statesmen”
One of Obasanjo’s warnings to his elderly colleague was to strive to be a statesman rather than a member of a tribe. Listen to him: “I fear God and I respect the self-respecting and I hope it is time for you to change from tribe to statesman of character.”

The term “tribesman” is a derogatory colonial concept used to intimidate victims into submission to a more authentic supposed identity. It is a term chosen to denigrate a stubborn patriot who insists on being true to his identity. The goal of the colonizer is to ridicule the victim into submission to an inauthentic artificial identity, which ultimately alienates him and uproots him from his God-given identity. When the mission is successful, the alienated individual is “honored” with the sweet label of “statesman.”

The statesman connotes a sad memory of yesterday’s colonial hangovers that must be erased. He is a confused and alienated individual haunted by an identity crisis. A fundamental problem created by the colonizers in Africa was the deliberate attempt to annihilate the culture of the peoples by creating artificial state superstructures ill conceived as nations and superimposed on the true and authentic nations that had developed socio-historically and on which the patriotism of the town to which he naturally belonged.

By convincing indigenous peoples to accept that it was possible to transfer that patriotism – a task they knew practically impossible – from true natural societies to artificially created ones, they sowed the seeds that have become our albatross in Africa. . The strategy was to refer to the successfully deluded as “statesmen” and those who stubbornly refused to budge as “members of the tribe.”

This is the reason why in former colonized societies like Nigeria, which have not been able to overcome their colonial structures and disadvantages, the destruction of the nation is taken by the construction of the nation and the annihilation of the culture by the development of the culture. Or how else would you describe a situation where we are warned, even forced to embrace the abstract at the expense of the concrete? Who can single out anything like Nigerian culture outside of the sum total of the cultures of the peoples in whose aboriginal territories the artificial superstructure is imposed?

IS militants on the run in Pakistan after evading police raid