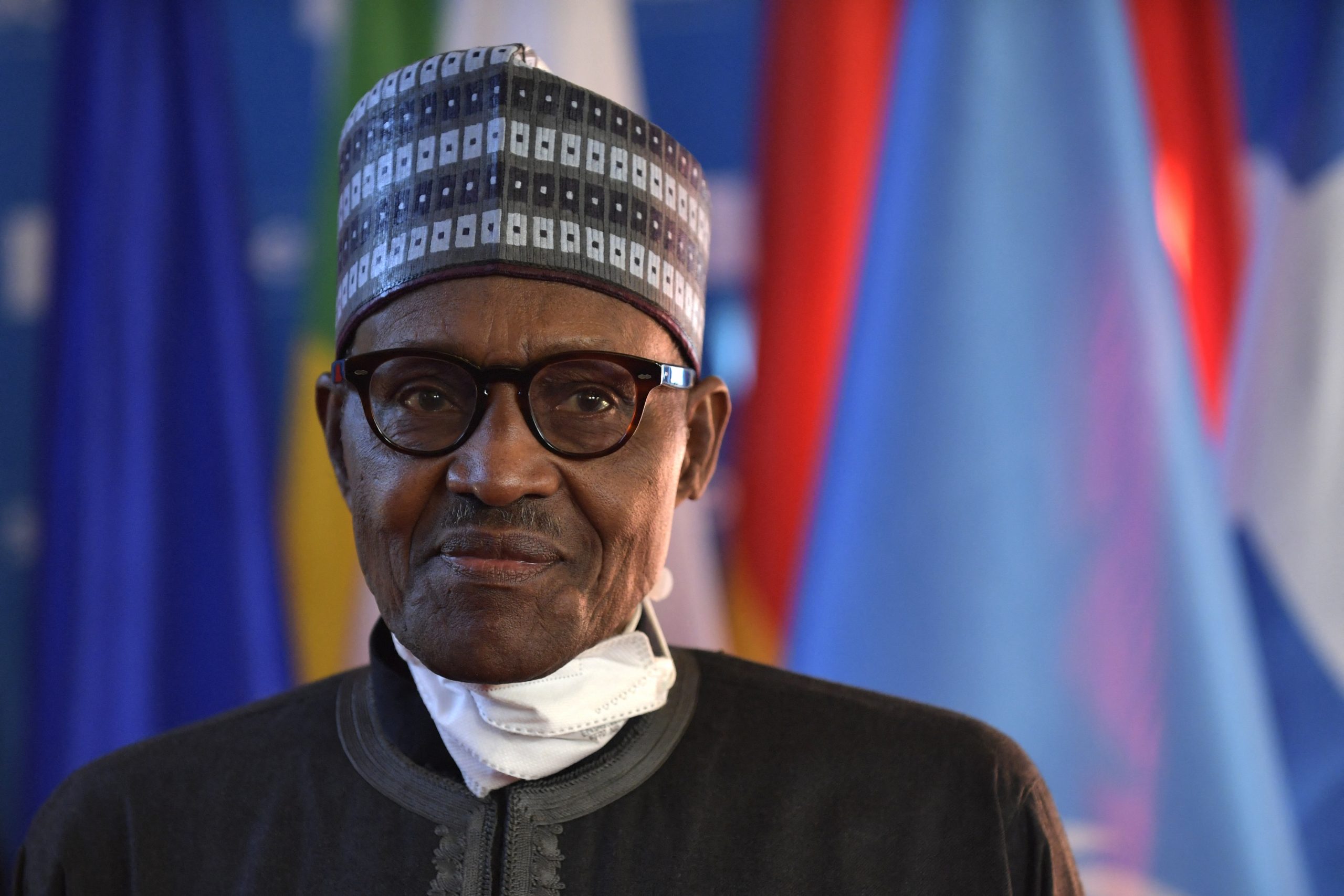 President Muhammadu Buhari on Saturday arrived Durban, South Africa, from Paris as part of his ongoing socio-economic diplomatic missions aimed at enhancing security and economic transformation of the country.

The News Agency of Nigeria (NAN) reports that the Nigerian leader is in Durban at the special invitation of President Cyril Ramaphosa of South Africa, to attend the inauguration of the second Intra-African Trade Fair (IATF) 2021 on Monday.

The theme of the Fair, ”Building Bridges for a Successful AfCFTA”, aims at boosting trade and investments across the African continent, Mr Femi Adesina, the presidential spokesman, said in a statement in Abuja.

Adesina stressed that the event would also seek to create the enabling environment for businesses to thrive across the continent.

The event is expected to generate market information needed to connect buyers and sellers throughout the continent.

The president was earlier in Paris on Nov. 9 on an official visit as guest of President Emmanuel Macron at Palais de l’Élysée.

He also attended the three-day Paris Peace Forum (PPF) from Nov. 11 to 13.
Buhari and his French counterpart, Emmanuel Macron, met and discussed issues of mutual interest for both countries.

The discussions focused particularly on strengthening economic ties, improving partnership on security, and working jointly on education, health and halting the threats of COVID-19 to the global economy.

While in Paris, the president also attended the Nigeria International Partnership Forum (NIPF), which brought together the Nigerian and French governments as well as their private sectors in wide-ranging discussions.

On Nov. 10, Buhari attended a working lunch at Palais Elysee in Paris where he appreciated efforts of President Macron in expanding opportunities for business between Nigerians and French citizens, while committing to partnership to degrade international criminal networks.

Buhari, who also attended the 75th anniversary of the United Nations Educational, Scientific and Cultural Organisation (UNESCO) in Paris, France, on Friday, saying Nigeria remains proud of its close association with the organisation since its establishment, 75 years ago.

According to the Nigerian leader, the world has an opportunity to count gains of the UNESCO in the last 75 years, while exploring the historic moment for building solidarity and enthroning peace.

Others at the meeting included the Bill and Melinda Gates Foundation, the Aliko Dangote Foundation, and convener of the UN Food System Dialogue, Mrs Olusola Idowu, who is also the Permanent Secretary, Budget and National Planning Ministry.

Osinbajo also represented president Buhari at the ECOWAS Extraordinary Summit of the Authority of Heads of State and Government held in Accra, Ghana, during the week.

The meeting review the political situations in Guinea and Mali, and decided to maintain the sanctions imposed on Guinea and imposed similar ones against the Mali Transitional Government.

In the week under review, Buhari also congratulated Prof. Charles Soludo, the candidate of the All Progressives Grand Alliance (APGA), for winning the gubernatorial election in Anambra.

He praised the security agencies for their determination to ensure that the election went on as smoothly as possible.

The president equally commended the Independent National Electoral Commission (INEC) for the successful conclusion of the exercise despite the initial challenges encountered.

Buhari, who is expected back in Nigeria on Nov. 16, ended the week under review in a shock and sadness, following the demise of Brig.-Gen. Dzarma Zirkusu and three soldiers who paid ”the supreme sacrifice while fighting terrorists in the Northeast zone of the country.