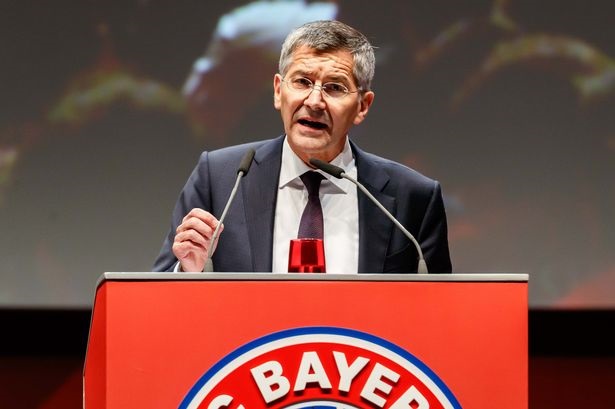 Bayern Munich had no interest in joining the flopped European Super League as the plan was not viable, club president Herbert Hainer said.

Hainer also said he doesn’t think such a league will happen in the future.

But nine of them, including all six from England, withdrew days later after outrage from leagues, federations, other clubs, supporters and politicians.

Five-time European champions Bayern Munich were not among the original 12, but Hainer said it looked like they were among those to be invited to join, which was not, however, a option for them.

“It was clear to us: the Super League cannot be done in Europe like this. Therefore, we said pretty quickly that we would not be part of it, ”Hainer said.

“I believe the nature of football has been misunderstood and the power of fans underestimated. And then it imploded in three days.

Hainer said it was “absolutely right that what we cherish and love in football is not lost”.

He also expressed doubts that the three remaining clubs – Real Madrid, FC Barcelona and Juventus – could revive the concept which was supposed to generate huge revenues.

“The impact has been too strong. And I also think that the problems of clubs wanting the Super League need to be solved in a different way, ”he said, referring to the growing debts of the best European clubs.

“You have to get to the root of the problem: you just can’t spend more money than you earn. It requires regulation of player salaries, transfer fees and agent fees, ”Hainer said.