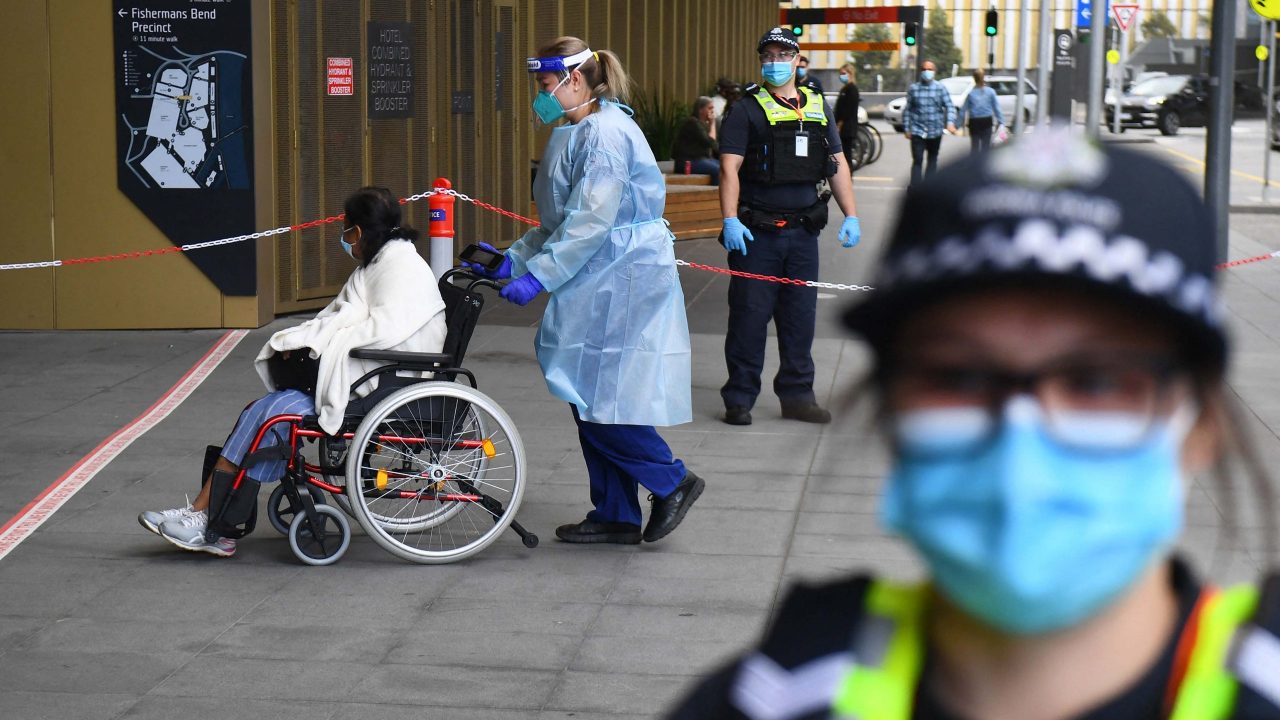 Health officials said Sunday they had detected the Covid Omicron strain in Australia for the first time in two passengers who were tested after flying into Sydney from South Africa.

The health authority for the eastern state of New South Wales said it had conducted urgent genomic tests and confirmed that the new strain was present in the two people who landed in Sydney on Saturday.

Both passengers came from South Africa and arrived in Australia on a Qatar Airways flight via Doha, NSW Health said in a statement.

Shortly after arriving, they tested positive for Covid, leading to urgent testing for a possible infection with the heavily mutated Omicron strain.

“The two positive cases, who were asymptomatic, are isolated in the special health accommodation. Both people are fully vaccinated, ”NSW Health said.

Another 12 southern African passengers on the same flight did not test positive for Covid but were quarantined, he said.

Some 260 passengers and the plane’s crew have also been told to isolate themselves, the health authority said.

The plane with the infected passengers landed on the same day that Australia announced it was banning flights from nine southern African countries, including South Africa and Zimbabwe.

The World Health Organization has listed Omicron as a variant of concern and said it could take several weeks to know if there are significant changes in transmissibility, severity or implications for Covid vaccines, tests and treatments.

The arrival of the new variant comes just a month after Australia lifted the ban on citizens traveling abroad without permission, and the country’s border will also be opened to skilled workers and international students by the end of the year.

After more than 18 months of closed borders, fully vaccinated Australian citizens no longer have to seek an exemption to leave the country.

On March 20 of last year, Australia introduced some of the toughest border restrictions in the world in response to the coronavirus pandemic.

For almost 600 days, countless international flights were on the ground and travel abroad was reduced to a minimum.

Quarantine arrangements for returning vaccinated residents depend on their place of arrival in Australia.

While Sydney has removed the quarantine for returning travelers, other Australian states with lower vaccination rates still have mandatory and expensive 14-day hotel quarantine requirements.

It is unclear whether the arrival of the new variant will lead to a return to stricter rules.

Speaking a few hours before the confirmation that the Omicron strain had arrived in Australia, New South Wales Prime Minister Dominic Perrottet seemed reluctant to commit to new restrictions.

“The best we can do is get vaccinated and get booster shots,” he added. “There are limits to what the state and federal governments can do.”