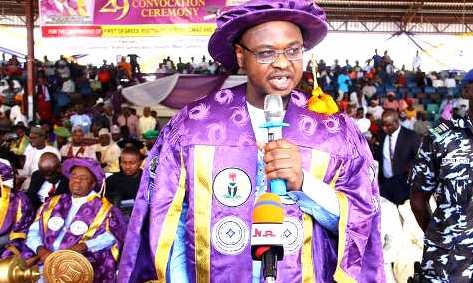 The Union of Academic Staff of Universities, ASUU, has set up a committee to investigate the appointment of the Minister of Communications and Digital Economy as a professor of cybersecurity by the Federal University of Technology Owerri, FUTO.

During a briefing to reporters in Abuja on Monday, ASUU President Professor Emmanuel Osodeke said that the controversial FUTO appointment of Mr. Pantami followed advertisements in some national dailies on September 2, 2020, which led Mr. Pantami to apply for the job and then give him the job.

Making holes in FUTO’s nomination, the ASUU president noted that the minister was only promoted to Speaker 1 in 2013 before leaving the country.

According to him, the minister would have skipped three posts (head teacher, associate professor and professor), each requiring at least three years of experience.

Mr Osodeke said the information available to him revealed that the minister resigned from Abubakar Tafewa Balewa University in Bauchi in 2015 and moved to a university in Saudi Arabia as an assistant professor, which is equivalent to a master of Assistant conferences in Nigeria.

He added that Mr. Pantami left the academic to become director general of the National Information Technology Development Agency, NITDA, in 2016.

“There are serious doubts and unanswered questions regarding Dr Isa Pantami’s qualification for the post.

“ASUU’s attention has been drawn to the controversy generated by the recent appointment of Dr Isa Pantami, the current Minister of Communications and Digital Economy, as Professor of Cybersecurity at the Federal University of Technology from Owerri.

“In view of the above and having rejected the report of the FUTO committee, NEC set up an independent committee to go to FUTO to fully investigate and get all the data so that we can make it public, the role of FUTO on the how this person who spent three years as a lecturer 1 and a teacher, how did he become a teacher, ”he added.

He added that the outcome of the independent committee’s findings will be made public.