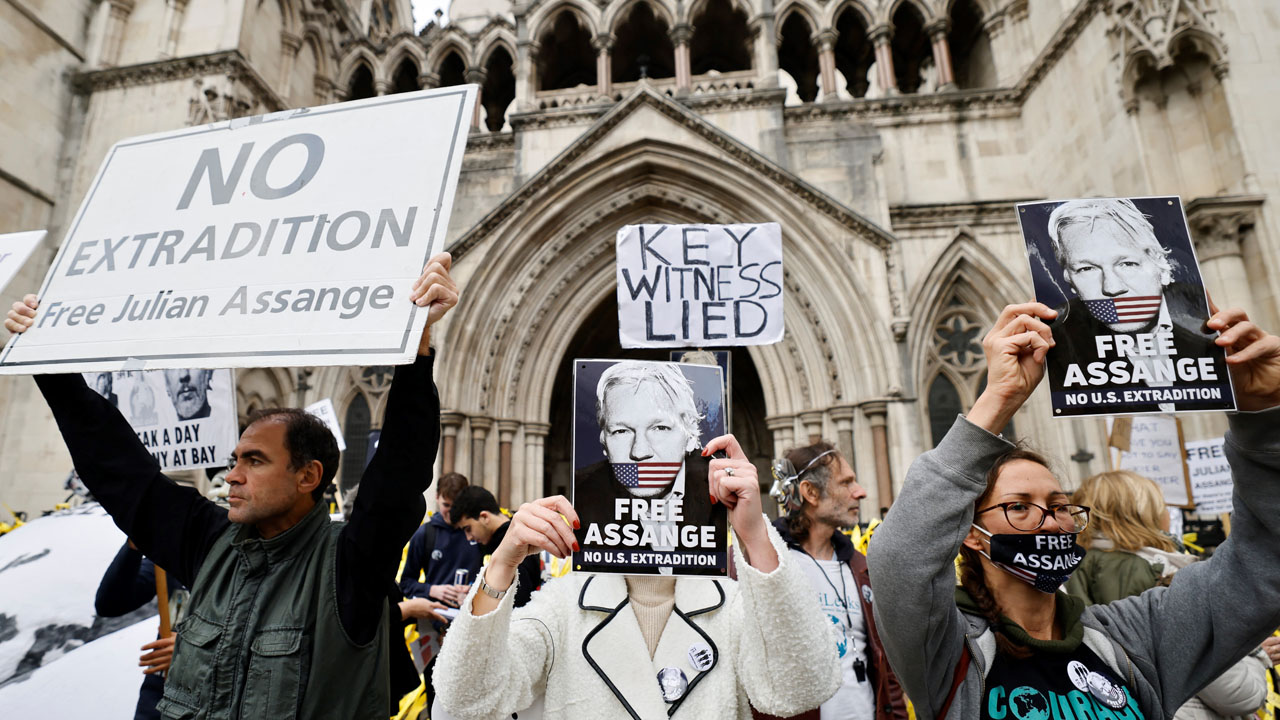 WikiLeaks founder Julian Assange remains a suicide risk if extradited to the United States, despite assurances he would not be held in isolation at a “supermax” prison there, his lawyer said Thursday.

On the second of two days of appeal hearings in London, Assange’s legal team told the High Court new US pledges revealed Wednesday should not alter a lower court’s decision to block his extradition on mental health grounds.

The US government wants Assange to face espionage charges that could put him in jail for up to 175 years, although its legal team claims his possible sentence is difficult to estimate and could be far shorter.

It has provided written pledges that Assange would not be detained at the ADX Florence jail in Colorado, which houses criminals including Al-Qaeda extremists in near-total isolation.

The US is appealing against UK district court judge Vanessa Baraitser’s decision in January that it would be “oppressive” to extradite Assange because of his serious risk of suicide and mental health deterioration in the US penal system.

She rejected US experts’ testimony that Assange would be protected from self-harm, noting that others such as disgraced US financier Jeffrey Epstein had killed themselves in custody.

“These findings arose primarily from the nature of Mr Assange’s mental disorder and his fears of extradition given the wholly exceptional nature of his case,” his lawyer Edward Fitzgerald told two senior judges reviewing the ruling.

“There is nothing to suggest that these factors have changed in the least bit with these assurances,” he added.

“That’s why we say that irrespective of the assurances, you simply can’t say she (Baraitser) would have reached a different conclusion.”

‘Reason to exaggerate’
Assange chose not to appear on Thursday after following some of Wednesday’s proceedings via video-link from the high-security Belmarsh jail in southeast London where he has been held since 2019.

He was arrested in Britain in 2019 for jumping bail, after spending seven years inside the Ecuadorian embassy in London to avoid extradition to Sweden where he faced allegations of sexual assault. These were later dropped.

The US government has indicted him on 18 charges relating to WikiLeaks’ 2010 release of 500,000 secret files detailing aspects of military campaigns in Afghanistan and Iraq.

He is accused of violating the US espionage act and hacking, based on the alleged aid he gave former military intelligence officer Chelsea Manning in obtaining the documents from secure computer systems.

In its appeal, the US argued Assange “had every reason to exaggerate” his mental health issues and that its own experts had found he was only “moderately depressed”.

James Lewis, lawyer for the US government, noted Assange had “no history of serious and enduring mental illness” and cautioned against a “crystal ball” approach to what could happen if he was extradited.

Lewis argued that Baraitser had failed to recognise that the bar for extradition must be an individual having “no ability to resist suicide”.

He also insisted Michael Kopelman, a key psychiatric expert provided by Assange’s team, had offered a “misleading” initial report which deliberately omitted that the WikiLeaks founder had fathered two children with Moris in recent years.

‘No error of law’
However, Assange’s lawyer Fitzgerald has insisted the new US assurances provide “no reliable basis” for changing the decision and said he did not rule out Assange being detained at a supermax facility or “comparable” federal or state-level prison.

The defence lawyer also said Thursday that the district judge Baraitser had “scrupulously applied the test for oppression in cases of mental disorder” and that “no error of law has been identified in her approach”.

“There was a great risk of suicide whatever steps are taken,” he noted of any potential custody arrangements in the US.

“This led directly to her conclusion… that extradition would be oppressive.”

“She gave eminently powerful reasons for preferring the evidence of Professor Kopelman,” he added.

The High Court judges hearing the appeal will deliver their ruling at a later date, to be set before proceedings end Thursday.

But the legal fight is likely to drag on for months if not years.

If the US appeal is successful, the case will be sent back to a lower court for a new decision. Whoever loses can also ask for permission for a further, final appeal to the UK’s Supreme Court.

Related Topics:ADXAfghanistanIraqSwedenUKUnited StatesUS
Up Next