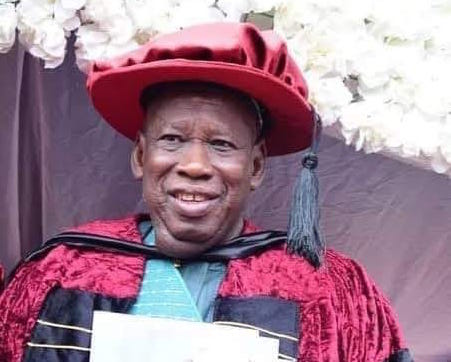 The Union of Academic Staff of Universities, ASUU, a branch of Yusuf Maitama Suleiman University, threatened to take legal action against the state governor, Abdullahi Ganduje, for allegedly revoking facilities and selling land belonging to at University.

In a statement on Saturday by section president Dr Abdulrazaq Ibrahim, the union denounced that the governor had revoked a facility at Kwanar Dawaki University, which housed the Faculty of Basic Medical Sciences, forcing it (the faculty) to be squatted in a small building on the main campus, while students had to commute between campuses for lessons and labs.

ASUU also alleged that Ganduje converted the land vested in the university on the main campus into commercial land in an area not designed for this purpose, claiming that “this trend not only distorts the present and future plans of the university as contained in its academic record. , but also making it extremely uncertain.

“The state government had converted the land vested in the university on the main campus to commercial plots in an area not designed for this purpose.

“This trend not only distorts the present and future plans of the University as contained in its academic record, but also makes it extremely uncertain. Thus, the Government is in flagrant violation of the FGN-ASUU 2009 Agreement. which guarantees University Autonomy and Academic Freedom. ”

“As a pressure group, the union will continue to monitor the situation closely with a view to protecting the university from a possible collapse. We also call on all stakeholders to join the Union to ensure the sanctity of the university.

“The unprecedented sale of state-owned properties by the Kano State government is no longer news. More worrying is the revocation and sale of properties belonging to a practically new university that aspires to growth, ”the statement read in part.

The union therefore said that the illegal allotments and sale of land vested in the university on the main campus along Muhammadu Buhari Way and the revocation of the Kwanar Dawaki campus and the local government entrepreneurship study center of Dawakin Tofa, should be quashed, otherwise, it would be had no choice but to take legal action.

“The union strongly urges the government to put an end to this unacceptable behavior and accelerate measures to restore classified facilities and land holdings. It should therefore be noted that if these problems are not resolved, the union will have no choice but to take legal action, ”the union threatened.